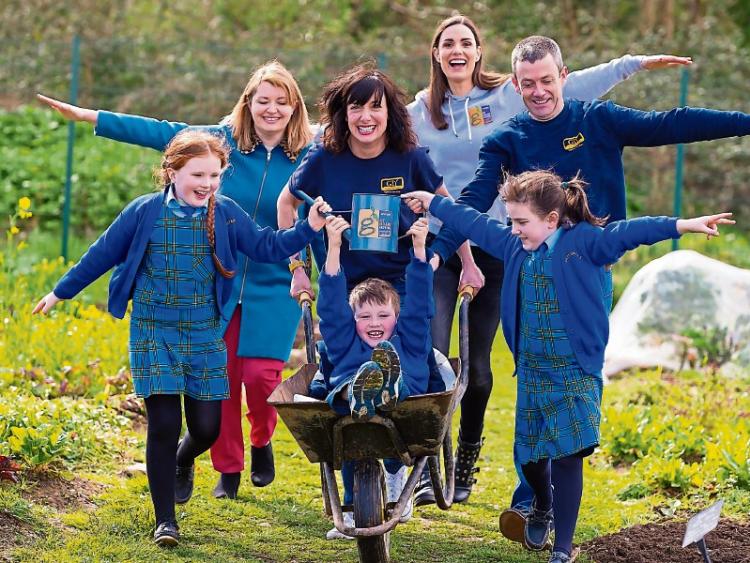 Two projects in Kildare have received grants from The Get Ireland Growing Fund run by GIY (Grow It Yourself) in partnership with Energia.

GIY in Narraghmore and St Jospeph’s school were named as winners of the grant.

GIY Narraghmore said; “We have a community hall with land behind it which we want to sow some veg in with the children. The local publican also has about 1/2 acre behind pub to include in the project.

“We have Tidy Towns committee and Development Association and want to have as many groups as possible to involve everyone in the community with different interests. We are in the middle of farming community with a lot of new houses over the last fifteen years and seek to involve everyone all the time and integrate the ‘new houses’ with the ‘locals’.”

St. Joseph's School Garden team said “Our school is about to begin a new building project this year which will result in a totally new school building on our current site and the demolition of our existing school building.

“I led the development of our school courtyard garden in 2012. However, it is facing demolition this year and we will have to create a new garden in a different location. This vegetable garden would enable the children to sow, grow and harvest their own food. They would learn about the food groups, vegetables, and understand the link between how vegetables are grown and those that are for sale in shops. It links the SESE and SPHE Curriculums and promotes healthy eating.”

A total of €70,000 was awarded to food growing projects planned by community groups, schools and not-for-profit organisations all across the country.