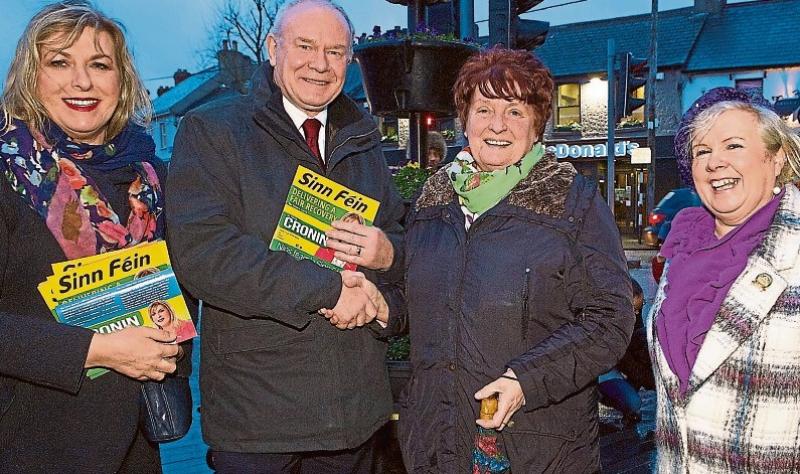 Almost exactly thirteen months ago Former First Deputy Minister Martin McGuinness visited Naas about a week before the General Election which would yield an extra nine seats in Dail Eireann for Sinn Fein.

Mr McGuinness died today at Altnagelvin Hospital in Derry at the age of 66.

He arrived in Naas to Market Square aboard a big bus emblazoned with the SF colours and election slogans. It was a visit aimed at meeting and encouraging local activists and  Kildare North party candidate Cllr Reada Cronin, from Celbridge as well as Kildare South runner Patricia Ryan.

Mr. McGuinness walked to Poplar Square from where photographs were taken in front of the statue of John Devoy. It’d been a long day. Mr. McGuinness had been in Cavan and Dunshaughlin and then went on to Tullamore.

“The first thing you notice (in Naas) is the unopened shopping centre and the first thing you see from the main street are the cranes. I’m shocked to hear that’s there ten years; it’s absolutely unbelievable but I suppose it stands there as a symbol of the failure of the past,” he told the Leader before the boarding the bus for en route to Tullamore's Bridge House Hotel.