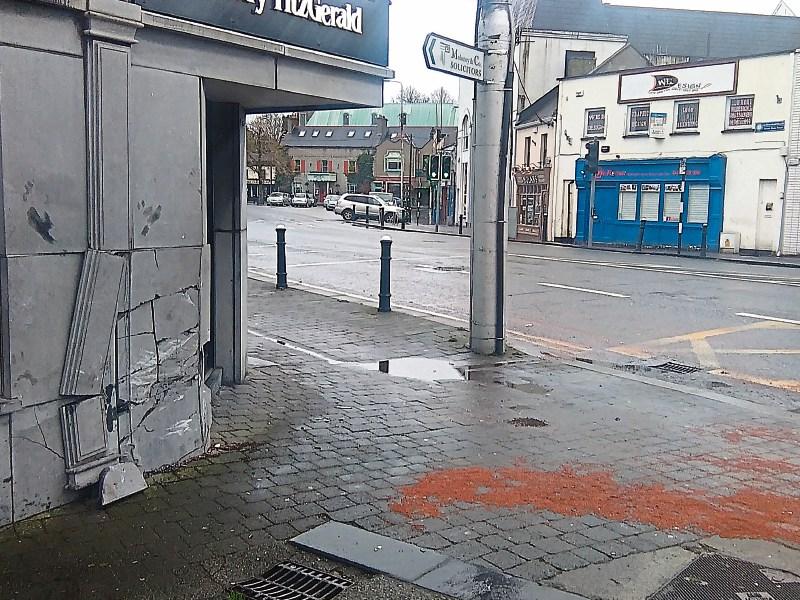 A car collided with a business premises on the main street in Naas last (Sat.) night.

The  accident took place at about 10.35pm when the vehicle,  a silver-coloured Peugeot model, left North Main Street and struck the premises which operates as Sherry Fitzgerald and O’Reilly. SFOR is a long established property sales business which is more than 35 years old.

A witness told the Leader that the vehicle appeared to leave the road and headed towards a narrow route, which was once used by pedestrians visiting the old Superquinn supermarket. It also previously served as an  exit for vehicles leaving the Supermarket car park.

It happened near the junction of the street and Sallins Road in a part of the town which is normally busy with weekend revellers, many of whom came to the town centre to watch the Ireland/England rugby international.

Emergency services personnel were quickly on the scene.

The building and car were damaged. The building, known as Equity House, sustained an amount of damage to a section of the masonry facade.

The driver, a 42 year old man from the greater Naas area, was taken to Naas Hospital as a precaution but was not seriously injured.