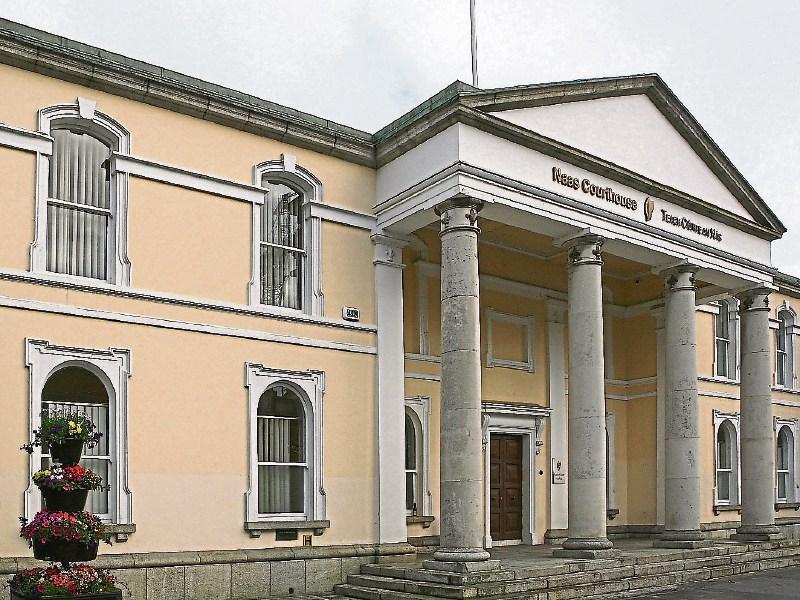 Gardai discovered cannabis during a search at a house in Pairc Mhuire in Newbridge, Naas District Court heard.

Eric Broughall (25) whose address was given as 1739 Pairc Mhuire was prosecuted  for sale or supply on July 15 last.

The court heard that the gardai entered the house by breaking down a door with a ram. Gda Seamus Doyle  said the defendant was highly abusive and threatening. He referred to the gardai as “bastards” in the presence of young children in the house at the time.

Gda Doyle, said he went to the address accompanied by Garda James Young, and found cannabis, believed to be worth at least €700, and a weighing scales.

He said Eric Broughall admitted ownership of the drugs and said he was taking cannabis for back pain. He added that a quantity of small plastic bags were found.

He also said that the defendant said the weighing scales was for fishing.

Cross examined by solicitor Tim Kennelly, Gda. Doyle said the householder, a woman, was not arrested because the warrant had been issued for Eric Broughall.

The gardai believed Mr. Broughall was “dealing from the address”.

Gda Doyle described Eric Broughall’s behaviour as “highly disruptive” and he believed his intention was to disrupt the gardai in the hope that the drugs would not be found; though he calmed down after the drugs were found. He said the defendant refused to sign Garda notes made of an interview with him.

He also believed Mr. Broughall was living at the address because there was male clothing in a bedroom and documentation was also found.

Mr. Kennelly said the defendant was not living there and the property is registered to Cill Dara Housing and leased to a woman.

He said there were six people there and there was no concrete evidence he lived there.

He accepted the defendant was “boisterous and cheeky”. He said the householder’s house was searched and she wasn’t questioned.

He also said there was no evidence Mr. Broughall owned the drugs or that the drugs had anything to do with him. He added the defendant has been in custody since February 16

Inspector Mel Smyth said Garda Young believes the defendant resided at the address. He said it was clear he was at the address when he was arrested even though he gave an address in Athy.

Judge Desmond Zaidan said the court was satisified that the case was proven. Judge Zaidan said the defendant first came to court as an adolescent and it was apparent that drugs is  downfall. He said he would have to tackle his drug problem.

He imposed an eleven months term, which he backdated to February 16.