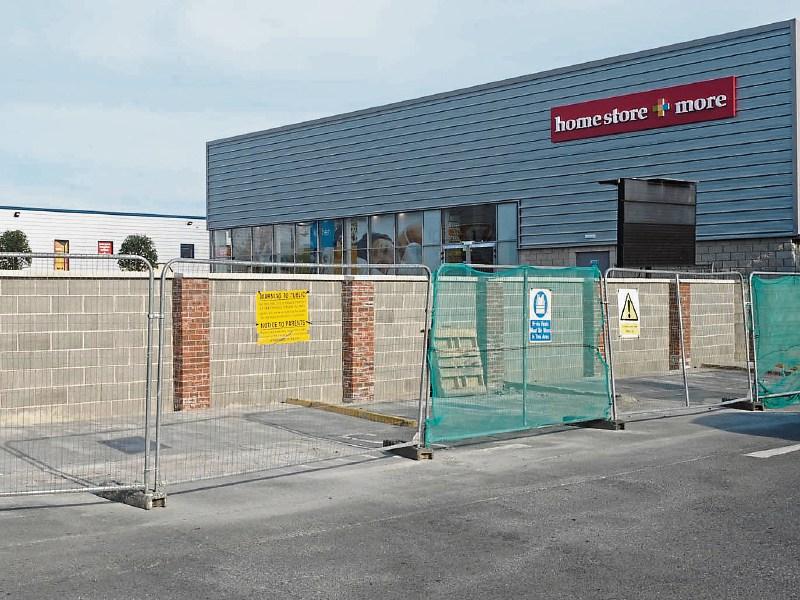 File photo: Photo of the wall being built in Septembe3r 2015

Dunnes Stores is not backing down over the council’s request for plans to knock down Newbridge’s ‘Great Wall of Dunnes’.

In response to the local authority’s demand for further information, the supermarket chain said the shopping centre got planning permission as a standalone unit.

It said planning permission has never, or had never, been sought for a vehicular access/pedestrian link to Newbridge Retail Park.

Kildare County Council had asked the store owners to provide details of the reinstatement of the gap.

The local authority made the call as part of a further information request on the proposed revamp of the Shopping Centre.

The concrete block wall caused a lot of consternation, when it was built in September 2015, just days before the neighbouring SuperValu store opened, blocking access between the Newbridge Retail Park and the Newbridge Shopping Centre.

Cllr Paddy Kennedy and his fellow local councillors have called for it to be removed.

“The structure is not in line with the local area plan and it wasn’t in existence when the plan was created,” he said.

He called on the applicants to submit details of the reinstatement of the access point, which had been open for 14 years previously.

A Facebook page was set up by locals to campaign for the destruction of the wall.

Dunnes has contended that when the access point was open, the majority of the adjacent retail park was vacant and used for bulky retailing goods only.

It said the vacancies had reduced significantly since then, and the park had evolved into a mainstream retail development creating greater traffic volumes through Dunnes Stores car park, and that was why the gap was closed.

It stressed it doesn’t own the land on the other side of the wall and doesn’t have the legal entitlement to open it up.