Presenter in Kildare to support students 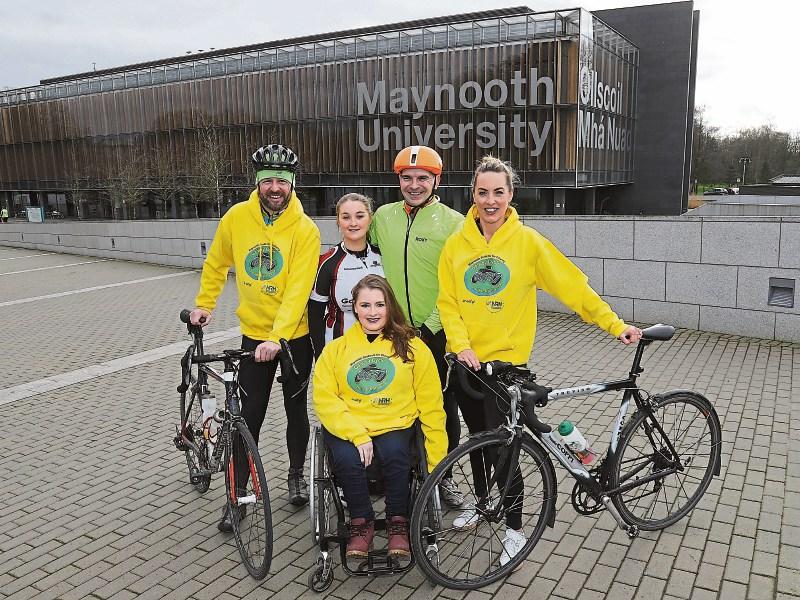 TV personality Kathryn Thomas joined students and staff at Maynooth University to promote the 30th annual edition of the Galway Cycle organised by Maynooth Students for Charity. Over the years the event has raised €1.5 million for charities with a special interest in supporting children, and this year the Galway Cycle will raise funds for the Paediatric Family Centred Rehabilitation (Paeds) Unit in the National Rehabilitation Hospital (NRH), Dún Laoghaire.

On Friday, April 7, more than 300 cyclists, collectors and support crew will make the now familiar return journey from Maynooth to Galway, cycling 400km over the weekend to raise funds for their nominated charity, the NRH Foundation.

"This is a big year for us," said the President of the Galway Cycle, Samantha Ward.

"In 30 years we have raised over €1.5 million and this year we are very eager and delighted to add to that total by fundraising for the Paediatric Unit of the NRH, where amazing work is done for young people." 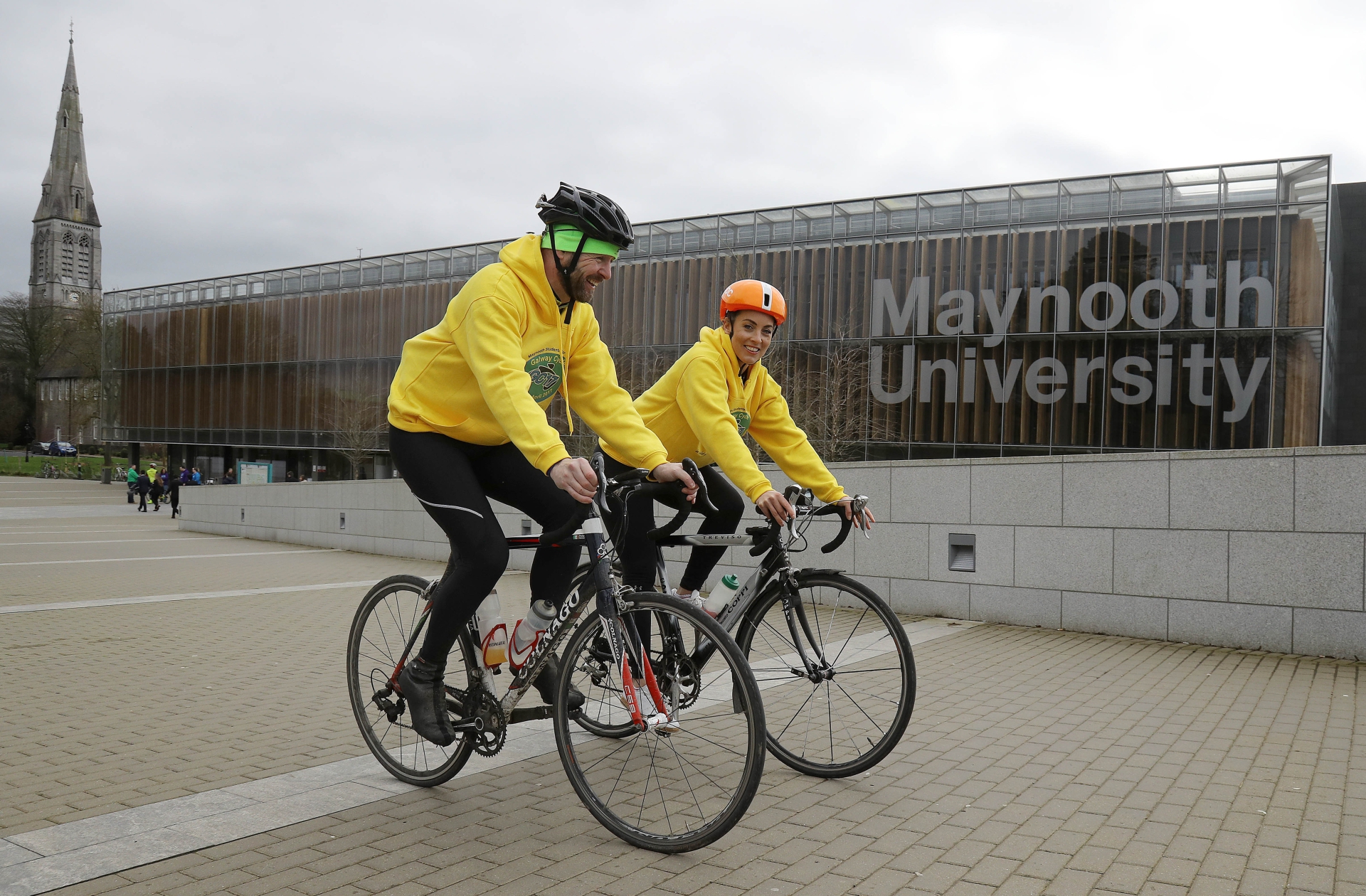 The Paediatric Unit at the NRH delivers specialist interdisciplinary rehabilitation programmes to children and young people from throughout Ireland who have sustained an acquired brain injury, spinal cord injury, limb absence (congenital or traumatic), and a number other neurological conditions, as a result of an accident, illness or injury.

Funds raised by Maynooth Students for Charity will go towards equipping the Therapeutic and Sensory Garden, the Therapeutic Outdoor Playground, the Multi-Sensory Therapy Room and the Adolescent Den in the NRH new Hospital build.

For more information, and to join the fundraising initiative, see galwaycycle.ie 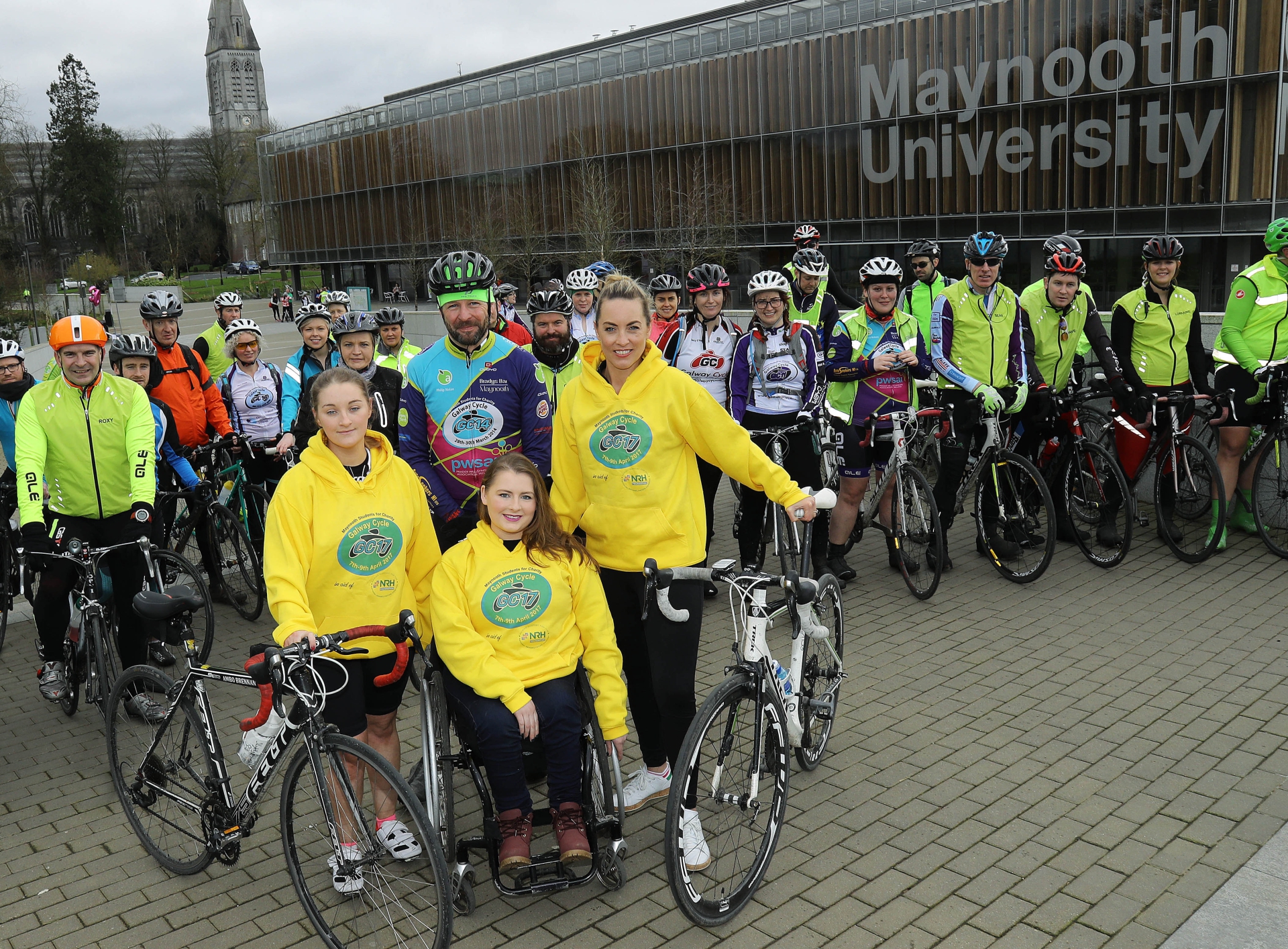 Kathryn Thomas joined student cyclists at the college on Saturday to help publicise the fundraising cycle, the 30th edition of the famous Galway Cycle.