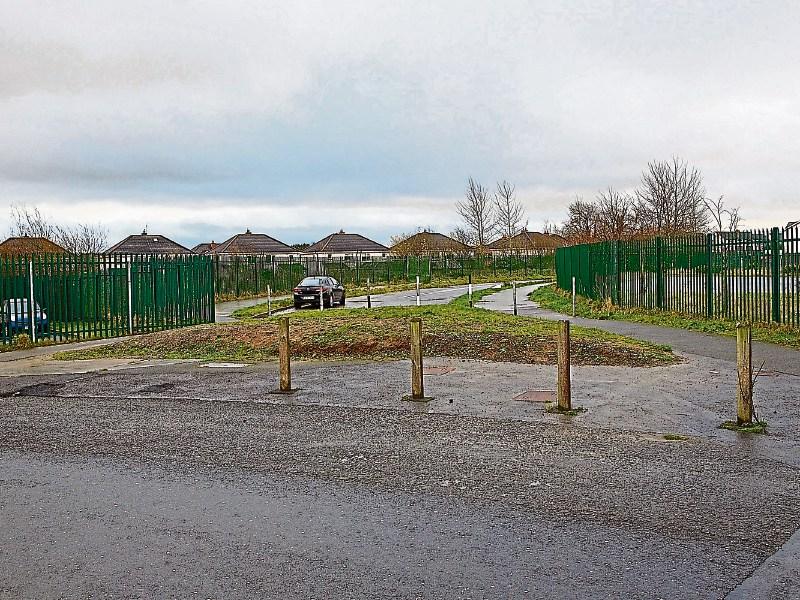 File photo: The bollards, pictured in January 2016, are now gone as the road through the Industrial estate is opened up. Photo: Tony Keane

The long awaited Newbridge link road between Curragh Grange estate and Newbridge Industrial Estate has now been opened up.

The council made the announcement today. It had been due to be completed by Easter, but was finished earlier than planned.

Residents of Moore Avenue have been campaigning over the past number of years to get the road open, so the controversial walkway near their homes could be closed up.

At a special arbitration hearing some time ago, the arbitrator told the council it would have to open up the link road prior to the closure of the walkway.

Moore Avenue residents say they have been plagued by anti-social behaviour and crime since the walkway was opened.

However, some residents living in estates the far side of the walkway don’t want it closed up, because it would take longer to walk to the town centre.

The arbitrator said the link road would allow the residents using the walkway an alternative pedestrian route to the town centre.