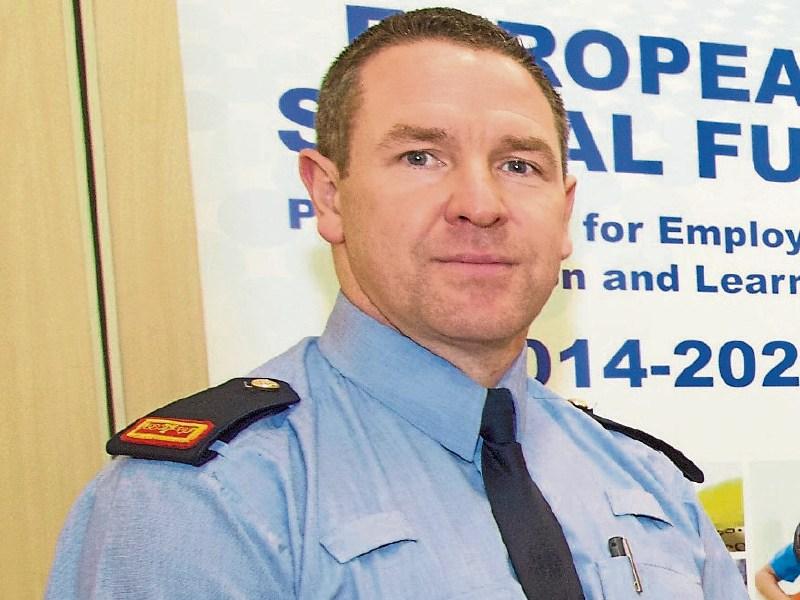 Inspector Oliver Henry is the contact for Kildare for families who struggle with drugs debts.

An organisation to help families who are being intimidated by drugs gangs has established a centre in Kill.

Last Monday’s meeting of the Joint Policing Committee heard presentations by Carmel Cushen of Hope Cottage who explained the kind of the work the organisation did.

She recounted a story of a woman who was told in late December to come up with a sum of money or, the gang members warned, they would return on Christmas morning and remove the toys from the woman’s young children.

She also told of families who owed as much as €13,000 to drug dealers.

Ms Cushen explained that Hope Cottage allowed families to interact with Gardai in safe environment without being seeing going to the Garda station.

Her presentation was made in conjunction with a presentation by Philip Jennings, the Co-ordinator of Safer Blanchardstown, a similar organisation.

His overall point was that it is wrong to think that mainstream society is not immune from the drugs trade.

Both he and Ms Cushen explained how the extended families of drug users could inadvertently find themselves dragged in if there is a unpaid drug debt.

Ms Cushen pointed out that as a problem, drugs is a classless one.

Inspector Oliver Henry is the contact person for Kildare for families who are caught up in a situation like this.

And he noted that “it must be devastating for somebody to come to your door”.

The Inspector told the Joint Policing Committee that the Gardai “are open to anything that works” in terms of solutions.