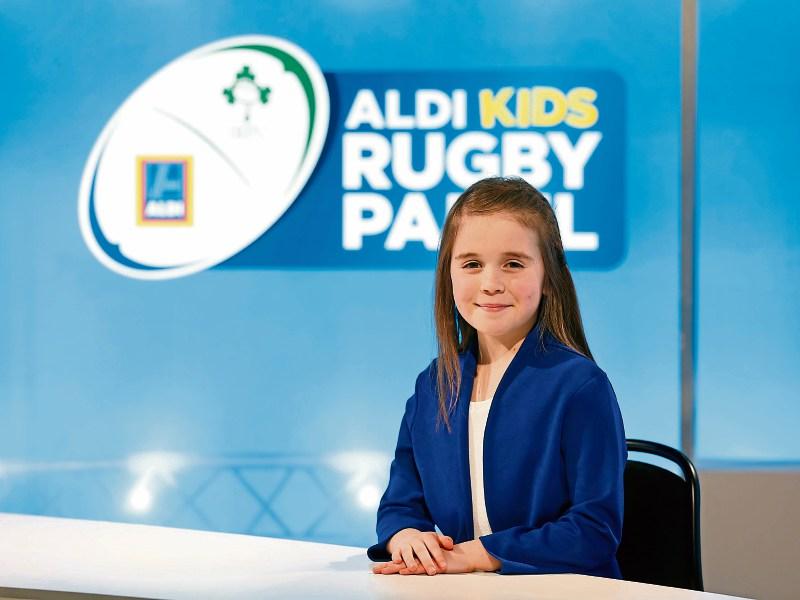 Talented young Charlotte De Chellance, from Bryanstown in Kilcock is one of the youngsters causing a stir on television airwaves during this year's Six Nations.

Charlotte beat off stiff competition to join three other youngsters on the Aldi Kids Rugby Panel, which is aired during RTÉ's big match day coverage.

Now it's time for the young pundit to answer the questions!

Where are you from? Kilcock, County Kildare.

What age are you? 9 and three quarters.

Have you got any brothers or sisters? One brother Sean, he’s 5, and one sister Olivia, she’s 3.

What does winning mean to you? It gives me a great feeling.

Who is your favourite Irish rugby player? Sean O’Brien.

Who is your favourite international player? Louis Picamoles.

What’s the best try you’ve ever seen in a rugby match? When my uncle Jim scored a try for Barnhall RFC.

How do you think Ireland will do in the Six Nations this year? I think they might win if they beat Wales.