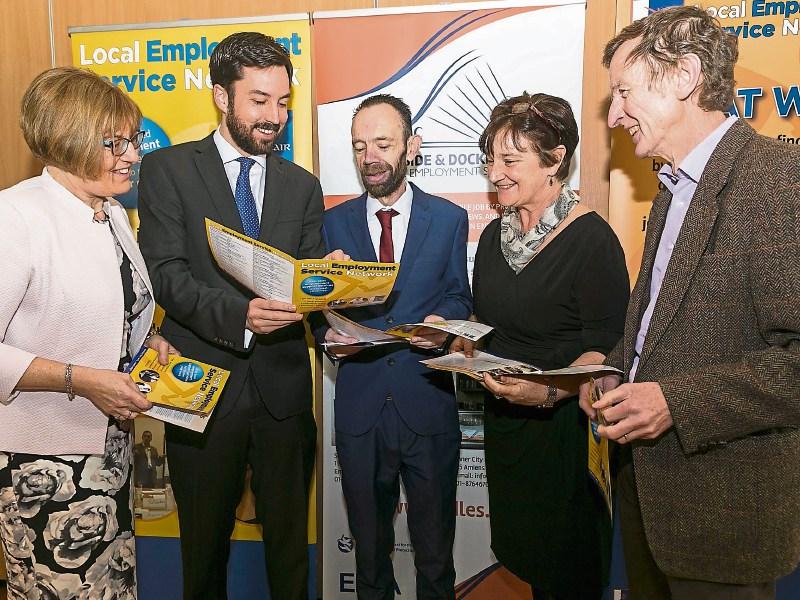 With offices in Naas, Kildare, Newbridge, Athy and Leixllip, the Local Employment Service (LES – Obair) is celebrating 20 years of service.

“The unemployment crisis caused by the recession necessitated a shift of focus for the LES, which responded by offering its services to all unemployed people, including those recently unemployed,” it said.

“Now with the welcome news of the drop in unemployment the LES, which since 2012 the LES are under contract to the Department of Social Protection, and can again focus its expertise and resources on those who are deemed distant from the labour market.”

By working with a smaller caseload, it pointed out staff can offer more intensive and ongoing supports and assist in preventing the drift by many into long term unemployment.

The focus of the 20th anniversary event on March 6 was to tackle the challenge of responding to the needs of a changing work environment and to use innovative practices to meet the challenges.

The LES is a community based service helping jobseekers to move from social welfare to education, training and work. From 2012-2015 the number of people, who secured jobs nationwide worked out at an average of 9,000 per year, many of whom were long term unemployed.

On Monday March 6, Eoghan Murphy, Minister of State at the Departments of Finance and Public Expenditure & Reform, formally opened the event celebrating 20 years of the Local Employment Service Network in St. Andrew’s Resource Centre in Dublin.

LES was established as a not for profit, publicly funded employment service, reporting directly to the then Department of Enterprise & Employment, all but two of these (including Kildare) were managed by Partnership Companies, whose remit is to tackle poverty and disadvantage.

It was rolled out across 26 areas of the country, concentrating on areas of high unemployment.