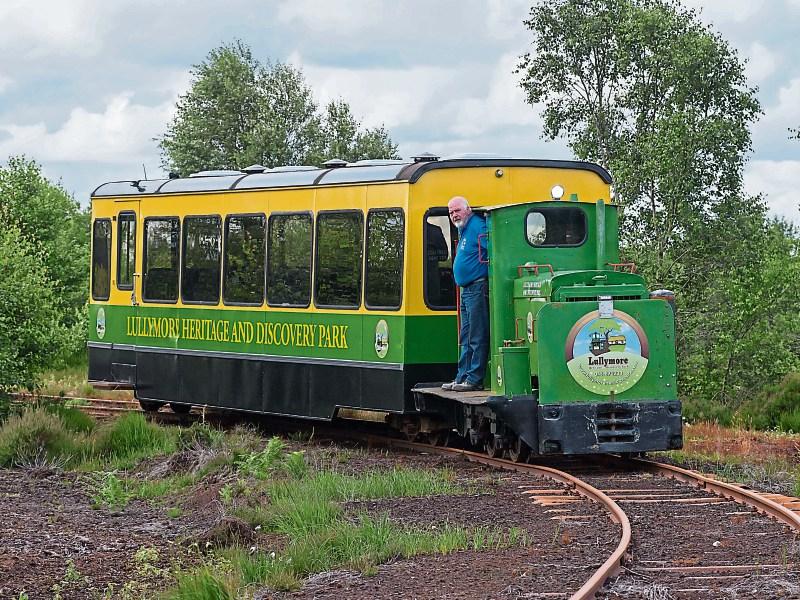 Today officially marked the completion of the latest improvement works at the park.

The project was grant aided by almost €30,000 from Fáilte Ireland’s ‘New Ideas in Ancient Spaces’ scheme – a capital investment initiative focused on the development of compelling visitor experiences throughout the Ireland’s Ancient East region.

The County Kildare attraction promises to transport visitors back in time, as they are guided through the site’s story via the heritage interpreters.

The improvements included the development of a multi-lingual audio device along with a costumed guided tour.

Funding was also provided to upgrade the website of this unique attraction, which is the only destination in Ireland offering a comprehensive experience of the peatlands and the history and culture of the rural communities that lived there through the ages.

Jonathan Judge, Lullymore Heritage & Discovery Park, said: “We view Ireland’s Ancient East as a great opportunity to showcase the unique history of Lullymore and the beauty of the wild peatlands that surround it to both the domestic and international markets.

“The ancient story of how the bogs here protected the people living on the fertile island of Lullymore is truly fascinating and uniquely Irish. I would like to thank Jenny De Saulles and all of the Ireland’s Ancient East team for their ongoing support, recognising our potential and for promoting attractions and places that are off the "beaten track" but are true hidden gems just waiting to be discovered.”

Ray Stapleton, Lullymore Heritage & Discovery Park also commented: “Ireland’s Ancient East through match funding and mentoring has helped us bring the story of Lullymore to life. Local stories of emigration to New York at the age of 14 and forced transportation to Australia. Stories of ancient togher roads, prehistoric rituals and a 1,000 years of monastic life.

“Stories of industrious Quakers wealthy landlords and a tragic young rebel leader. In more recent times the story of the men who came in search of work with Bord na Mona, worked hard, settled and changed our locality forever. Finally the story of how nature is now reclaiming some peatlands and the rich biodiversity this gifts us. This is our story - we are the best people to tell it and we sincerely thank Fáilte Ireland and the Ireland’s Ancient East team for their continued support and belief in Lullymore.”