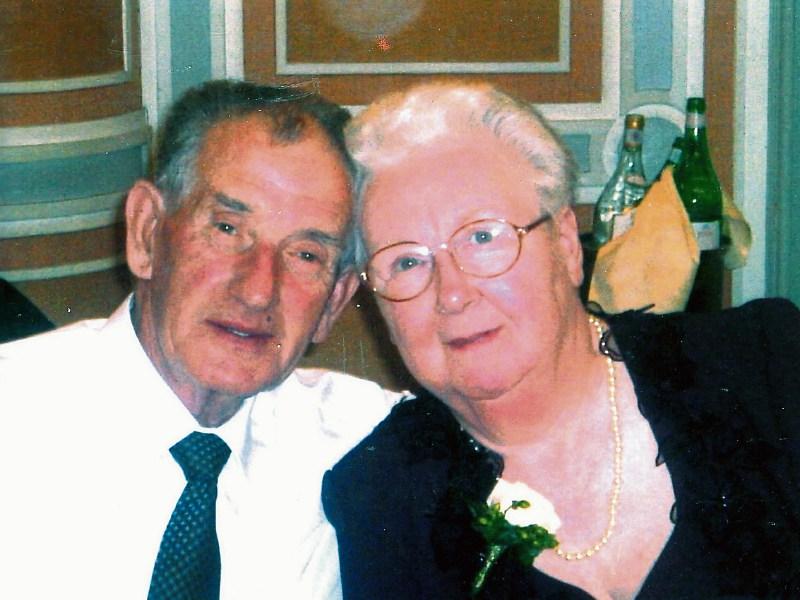 Johnny and his late wife Margaret

A man who had an immense respect for people and place, the heart of his community, an intelligent man with a warm welcome for all.

These were just some of the sterling attributes of Johnny Fitzgerald, which were reflected on far and wide after the sad news of his passing on Monday February 20.

Speaking at his funeral, his son Brendan described how his dad had a unique ability to connect with so many people.

“He was never short of words of wisdom or comfort where needed. A visitor to his home was welcomed to a pot of tea, sandwich and a chat. He was a true gentleman and a character, he was a friend to many and an enemy to none,” he said.

Johnny died in his 87th year, having lived all his life in Friarstown, the Curragh.
He worked in Irish Ropes for 39 years, and was subsequently a familiar visitor to many homes for census collection.

His activism and commitment within the community belied his years and failing health.
Chairman of the Kildare Liam O Connell Cumann, he was also a supporter of many charitable organisations - principally, the work of his niece Sr. Celine Conway from Rathangan, who works in the Brazilian missions.

He and his late wife Margaret had two sons, Eamon and Brendan. Eamon pre deceased both his parents in his youth. Brendan works with the Department of Defence based in Brussels. He and his wife Dawn have three children - Killian, Rachel and Rian.

Johnny was a regular visitor to wherever Brendan was posted and took immense joy in grandfatherhood, which he shared with Dave and Geraldine Humphreys, (Dawn's parents), who readily adopted Johnny into family life to share this welcome responsibility.

Johnny is also survived by his only remaining sibling, Rose Conway and her husband John Joe (Rathangan), and a rich tapestry of nieces and nephews from his eight siblings.
He was greatly honoured and humbled to be asked to represent his community at the ordination of Bishop Nulty in Carlow Cathedral.

His funeral was a bittersweet affair with fond and funny memories of Johnny recalled, and the palpable sense of loss to the community of a stalwart.

Perhaps it was fitting that his lengthy guard of honour were tested with a downpour of hail stones. Those who regularly canvassed with Johnny on many campaigns, were reminded of similar weather on dark nights, when most were ready to submit to nature, but to be hastened on by Johnny to stay the course.

Brendan thoughtfully remarked; “He lived for his family, his community and his faith. These were the pillars of strength that supported his journey through life. From being raised within distance of the Curragh, his heart and soul were firmly joined to this the most magical countryside and the finest town in the county.”

Brendan said Eamon's passing had a profound and life changing effect on the family - a tragedy that tested his faith to its core.

“But with his late wife, Margaret, by his side they held true to this love and firm belief in God and found a source of strength to guide him through the dark, lonely days of grief. The light and hope returned to Johnny with the arrival of his three treasured grandchildren, Killian, Rachel and Rian,” he said.

Johnny's unflagging faith, optimism and interest in all aspects of life, gave him resilience to overcome these challenges.

He loved to welcome and support new people to the community and no visit to town was brief, as it always entailed many and lengthy engagements with those who crossed his path. 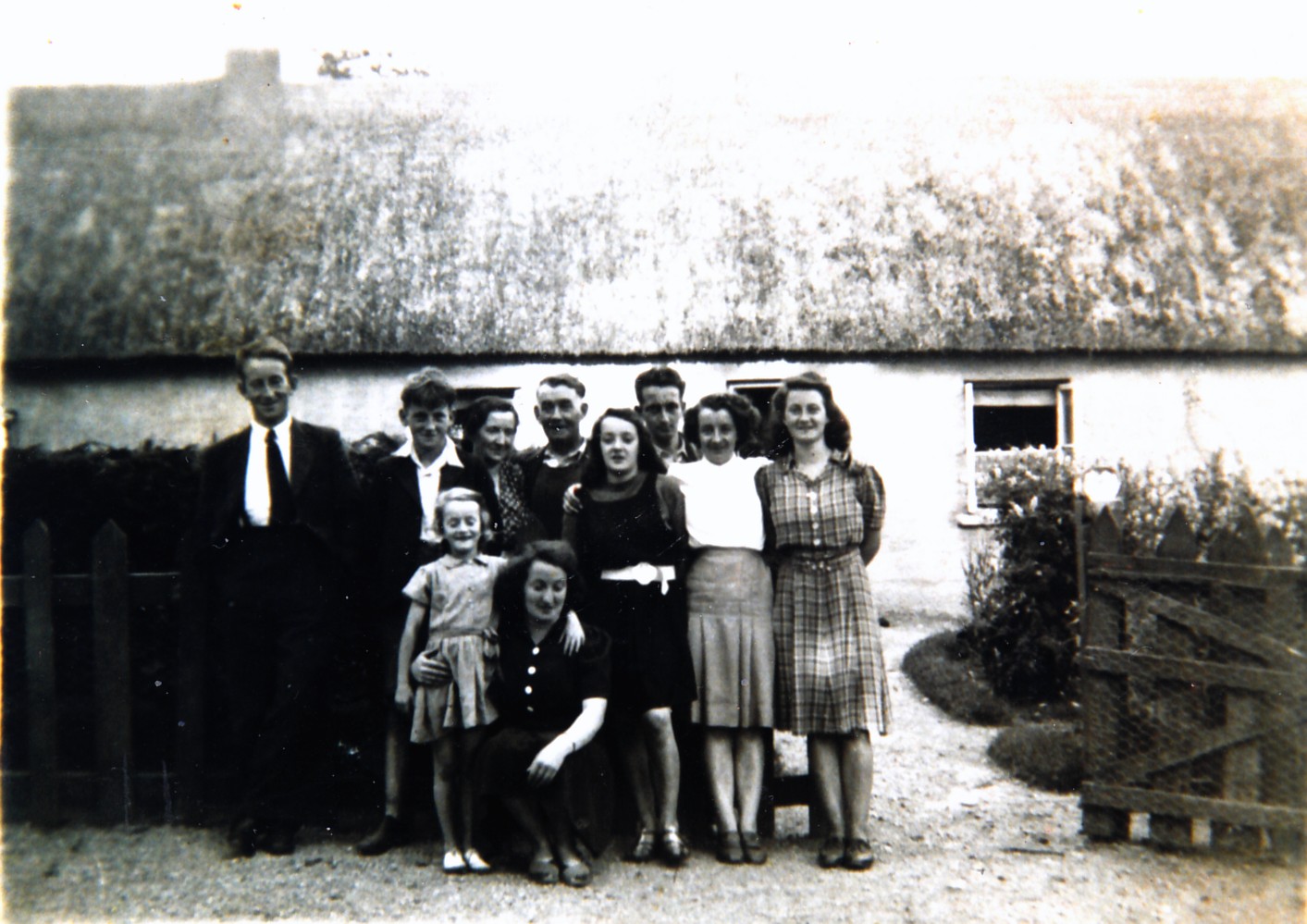 Johnny and his family at the original home at Friarstown. Pictured with his siblings Anne, Bridget, Rose, May, Ettie, Paddy, Christy, and Ber.