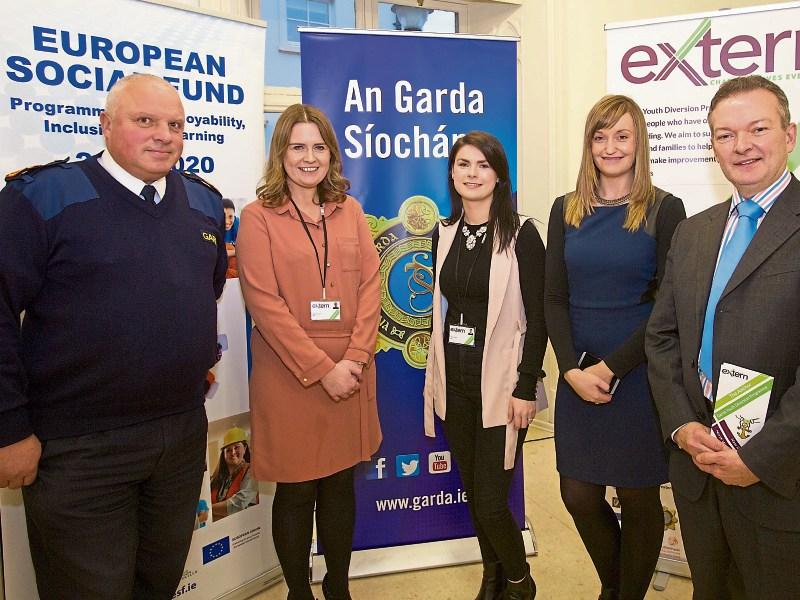 A new programme which aims to divert  young people at risk of coming into contact with the wrong side of the law was officially launched last Wednesday evening.

At the launch in McAuley Place in Naas, Extern, a social justice charity, launched its latest  Garda Youth Diversion Project, which will be called 'The Anchor'.

The Project is aiming to help children move away from behaving in a way that might get them, or their friends, into trouble with the law. It is also helping children develop their sense of community, and their social skills, through different activities.

Extern  works alongside An Garda Síochána, the Probation Service, Tusla and the HSE in  delivering its service has , the CEO Charlie Mack explained, been very successful thus far.

“In 40 years we've made a huge difference and changed a lot of lives,” he said, adding that Extern aimed “to meet people at the point of their needs”.

He said he believed that “even if you can only help one person that is something worth doing”.

He added that they were “seeking to encourage a better quality of life for everyone in the Naas and North and West Kildare locality”.

Garda Superintendent Declan McCarthy spoke of being certain of the success of the project.

“This will have a positive impact on the community,” he added.

The project offers opportunities to young people for education and employment training. It also introduces them to activities and interests which they may not have previously known how to access, including specific sports, art and music.

This means key workers come to the young person’s home and collect them, at a time that suits them, removing any traditional barriers which may arise from the young person having to physically go to a centre.

Based in Monread Leisure and Commercial Centre, Monread Avenue in Naas, 15-30 young people - aged between 12 and 18 - will be involved in the Extern Project at any one time. Once a young person moves on from the Project, the Extern team will offer follow-ups at various periods throughout the year, to check how they are progressing.