Weston school to get new prefabs at MU Barnhall after Easter 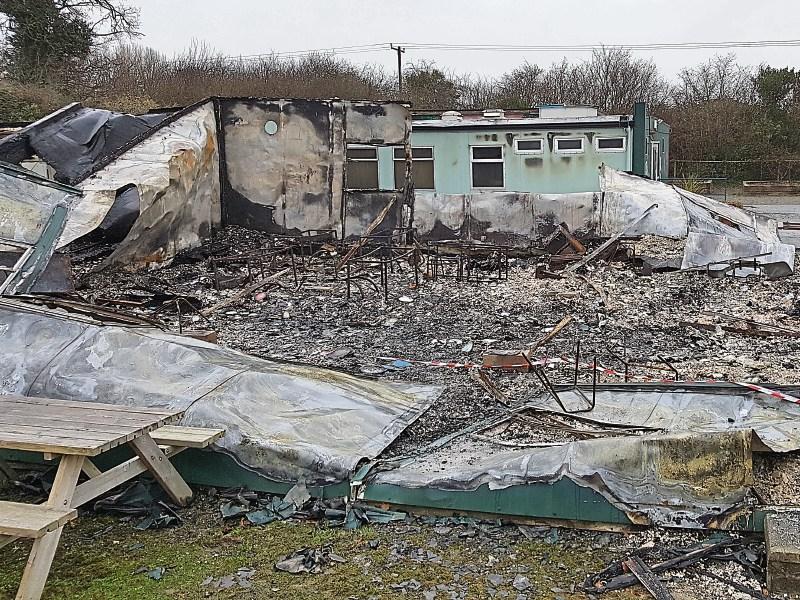 PUPILS at Weston Primary Montessori school, who lost their school building on MU Barnhall rugby club grounds in January, following a fire, will have new prefabs, hopefully after the Easter school holidays.

In mid January, club owned prefabs occupied by 26 pupils and their teachers , were destroyed by a weekend fire, in the grounds of MU Barnhall Rugby Club.

No one was injured in the fire.

The rugby club has been accommodating the school in its clubhouse since the fire but the school’s Board of Management has explored a number of options, including moving to another site. Nothing emerged from that process and both the club and the school were anxious that Weston remain on the club site.

This week, Weston got good news when word came of the purchase of prefabs from a school in Cork. “We got a good deal,” said spokesperson, Christina Kearney.

The school does not get financial aid from the Department of Education and parents donated to a fund to buy the prefabs.

They are expecting the prefabs to arrive in two weeks time. “We hope the children will be in them after the Easter holidays but we might be in before that,” she said.

Thanking the school’s teacher and all of those, including the Leinster Leader, who supported them in the aftermath of the fire, Ms Kearney said: “The teachers have been excellent. It has not been easy for them.”

In the immediate aftermath of the fire, the school said it had been bowled over by the response from everyone with donations of books and other offers of help.

At the time of the fire, the school had 12 primary and 14 preschool pupils, working under the guidance of principal, Gail Hartigan. A couple of pupils have been added since.

Weston was formed in July 2016 by the teachers and parents of the former Glebe Primary Montessori School which was established in 1978.