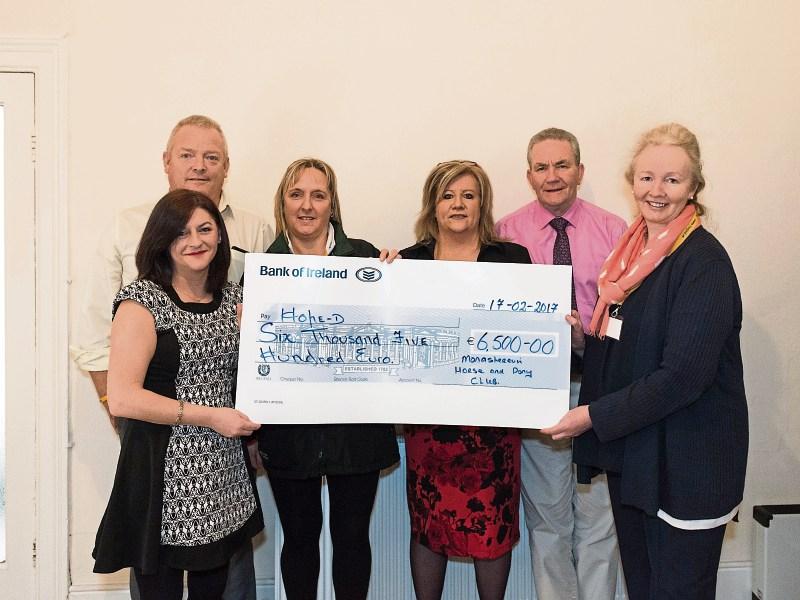 The club held a weekend of fundraising events from Friday January 13, through to Sunday 15.

Lorraine Ryan and Bobbie Harrison had couples gliding across the dance floor of the Community Hall, in the “Strictly Come Dancing” competition on the Friday night.

“On the Sunday afternoon, those who preferred to take to the outdoors, took reigns in hand and galloped across the local countryside in a hunt organised by Mandy Broughan and Hughie Clarke,” said the organisers.

“In the evening anyone who liked to grab a bargain attended the ‘Bellyard Pub Auction’ with Michele Crabbe and Nicole Harrison taking charge of the hammer.”

The weekend would not have been a success without the organisational skills of the committee: William Crabbe, Darren Harrison, Rob Hughes, Paul Harrison, Hughie Clarke, Bobby Harrison, and Dave Maher.

“Special thanks to the ladies providing refreshments on the day, the lads who built the jumps along the hunt route, the landowners, the Bellyard Pub, Monasterevin Community Hall Council, and to everyone, who helped out in any way – you all know who you are. The weekend was a huge success resulting in a cheque of €6,500 being presented to HOPE (D) last Friday morning,” added the committee.