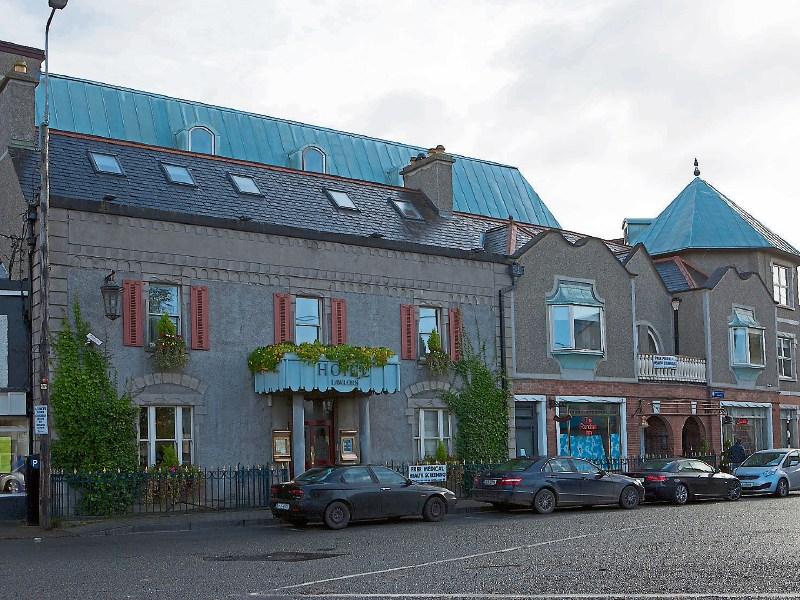 A major extension has been approved for Lawlor’s Hotel, Naas.

Kildare County Council’s decision, which can be appealed to An Bord Pleanala, has angered a number of local residents.

As reported in the Leader last June, Marchford Limited, a company associated with the hotel and businessman Jack Tierney, applied for retention permission.

The application includes an 81 square metre courtyard suite at the rear of the hotel and the demolition of a two storey dwelling house, sheds and walls, including a boundary wall.

It also includes the construction of a basement car park, reception lounge, bars and a  conference room.

The application originally envisaged 80 new bedrooms but the number that will be provided will be 72 instead. Nevertheless this will bring the number of bedrooms at the Poplar Square venue to 132.

Most of the concerns expressed came from the residents of Gleann Na Greine, which is off Dublin Road and close to the back of the hotel.

In submissions to KCC they expressed grave concerns regarding the construction and operational phases and predicted the development will have an overwhelming impact in terms of duration, noise, dust and vibration. The also said that some dwellings will be overlooked and overshadowed.