Possible sites to be identified for new Kildare education campus 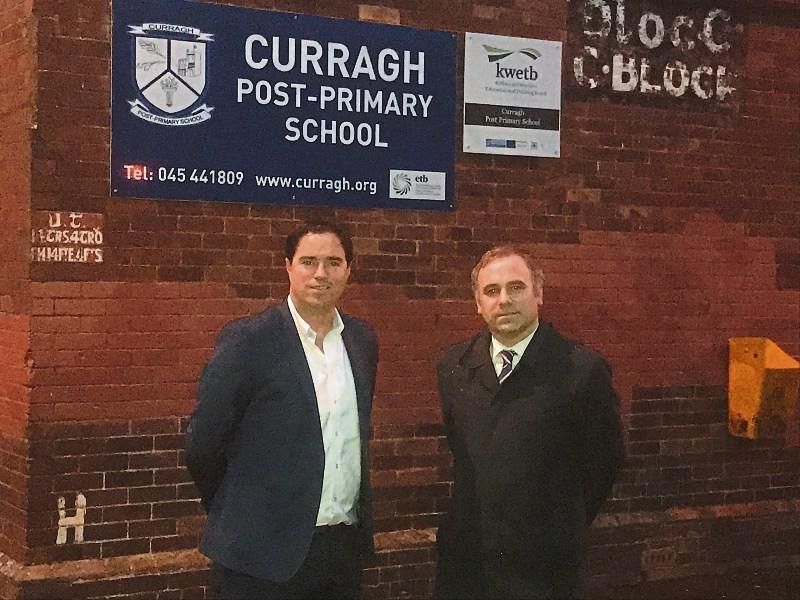 The Department of Defence is to investigate possible locations for a proposed new education campus
at the Curragh.

The three Kildare South TDs met with Minister Paul Kehoe last Wednesday to see if the three schools could be moved from the Curragh Camp, with the buildings being handed back to the Department of Defence — in exchange for a green field site outside the military base.

“It was very constructive. We discussed the facilities at the three schools in the Curragh and the need for new school buildings,” he said.

He said senior officials in the Department will now go and identify the best possible site for an education campus. Dep Heydon said the next step would see the officials return to the three principals with the options.

“Then we will go to the Department of Education in the near future and see what they can do,” he said.

He said he will be looking to meet the Department of Education to discuss the options.

Speaking after his initial visit, Dep Heydon said: “The Curragh Post primary ETB school, the boys national school and the girls national school all have dedicated principals, great staff and pupils and are providing strong education in sub-standard accommodation.”

“I have a vision for a new education campus on the Curragh to incorporate both primary and post primary buildings on a green field site which would provide the improved facilities which are needed,” he said.

Dep Heydon said he was keen to see progress and would continue to liaise with all the parties involved.