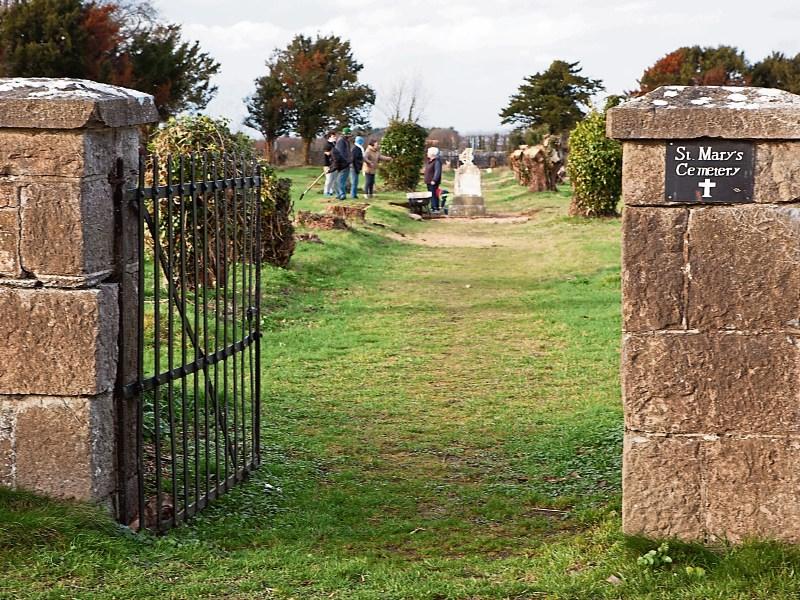 A countywide festival of adult learning projects has been announced for March for to take in areas such as Maynooth, Celbridge, Athy, Kildare and Clane.

Titled “Your Community – Your Environment”, it will run from March 6-10 with free admission to all events.

The festival will involve community education projects from across the county and is supported by Kildare & Wicklow Education & Training Board. Running from March 6 - 10, the festival is part of AONTAS Adult Learners Festival, and is organised by The Community Education Service in Kildare.

“Throughout the week there will be an opportunity to see first-hand a fascinating series of projects which will demonstrate the remarkable journey of learning of community and learner groups in the county,” said the organisers.

“Over 50 adults have taken part in a 15 week long series of workshops to learn new skills and develop inspiring environmental projects in their communities.”

The first event of the week will see Eve Larine Maynooth launch their Community Garden on Monday, March 6 with an audio-visual display and BBQ at 12pm and 2pm in their centre in the Town Square in Maynooth.

On Tuesday, March 7, ShareRing Skills Celbridge will host an interactive walking tour at 12pm, starting at Tea Lane Graveyard, Church Road, to launch Phase one of their Heritage Tree Trail which will highlight the magical trees of Celbridge and their stories.

St. Mary’s Cemetery, Ballintubbert Road, Athy has been transformed by Athy Women’s Activity Group and the volunteers of Athy. They will host a multi denominational blessing at 3pm on Wednesday, March 7. Visitors can then see a pictorial exhibit (which will remain open till March 18) on the project across the road in St. Vincent’s Hospital.

Create Together Kildare are celebrating ‘The Dandy Lions’ project which explored the lifecycle of the dandelion, creating a permanent mosaic artwork and connecting with other community groups .

The launch will take place is in Kildare Town Library on Thursday, March 9 at 4pm. It will feature storytelling, an art exhibition with St. Brigid’s Parents Group and the unveiling of ‘The Dandy Lions’ mosaic.

The week-long celebration will conclude at Clane Men’s Shed in Clane Business Park on Friday, March 10 at 7pm with an Open Evening to showcase their novel DIY Solar Water Heater which they have designed and created for their community garden.

Admission is free to all events and complimentary refreshments will be served. All are welcome. Further information is available at the Further Education & Training Centre, Jigginstown, Naas at 045-881863 orcommunityedkildare@kwetb.ie