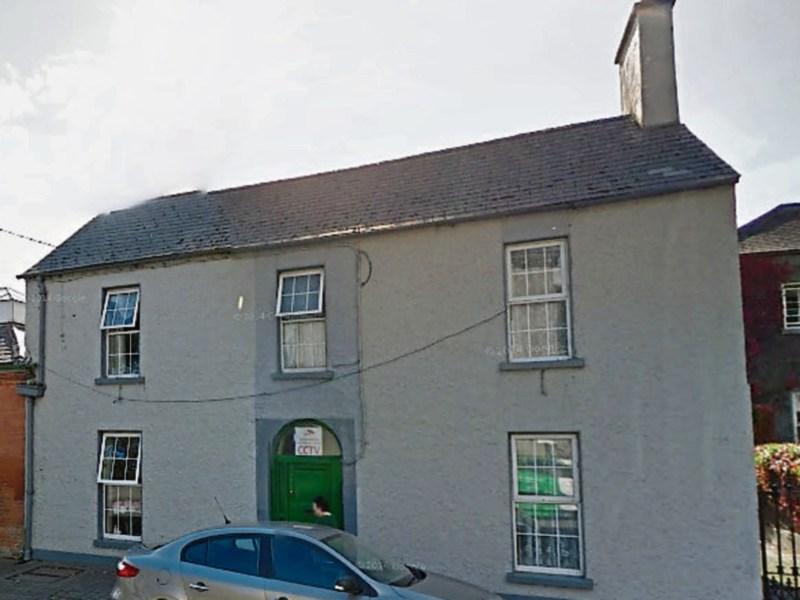 The former Post Master’s House in Kildare was sold at auction this morning by a mystery bidder for €206,000.

In fact three mystery bidders fought hard for over an hour in an Allsop online auction, to buy the building which was converted approximately 10 years ago into a series of six bedsits.

The bidders are identified only by a number.

There had been a reserve of €100,000 on the property which is on Dublin Street, and directly opposite the former courthouse.

It is next door to the old post office, the red brick building in the picutre, which is now the home of the Hive Youth Centre.

It was owned, and converted by developer Paddy White.

The Leinster Leader understands that the building will need considerable internal refurbishment by the new owners.