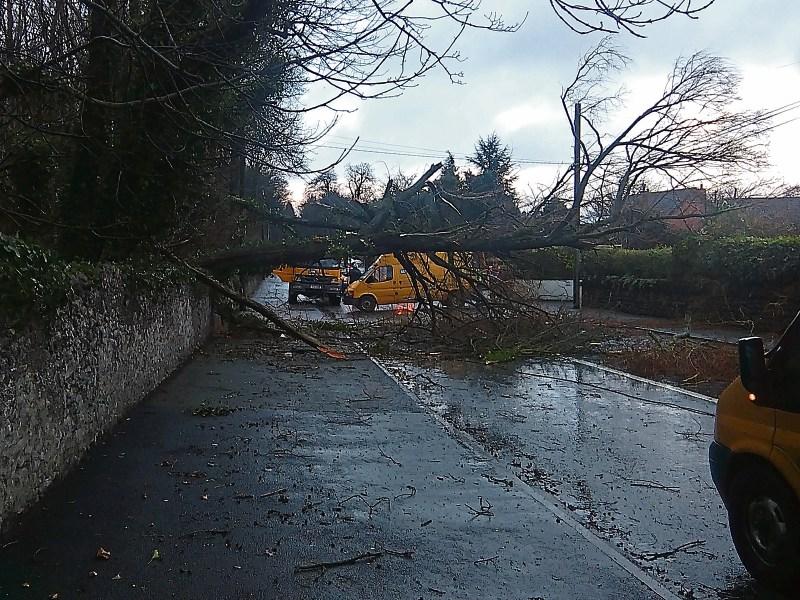 The scene at Sallins Road this morning

The Sallins Road in Naas will be closed to traffic for a few hours today after a tree fell at about 5.30am.

Gale force winds sent the tree crashing from the De Burgh estate across the width of the road, taking overhead power lines to the ground as it came to rest on the wall beside the foopath.

There’s a partial power outage in the area and a number of public lights were not working earlier.

The road is the busiest route in the town and won’t be open to through traffic until ESB Networks staff, who are at the scene, carry out repairs. Two cables were visible on the ground this morning and more were trapped beneath the tree. Four ESB vehicles were at the scene. The road is closed for a 30 metre section between the Applegreen filling station and St. Joseph’s Road/Mill Lane.

ESB Networks staff say they don’t know exactly when the repairs will conclude but possibly between noon-1pm.