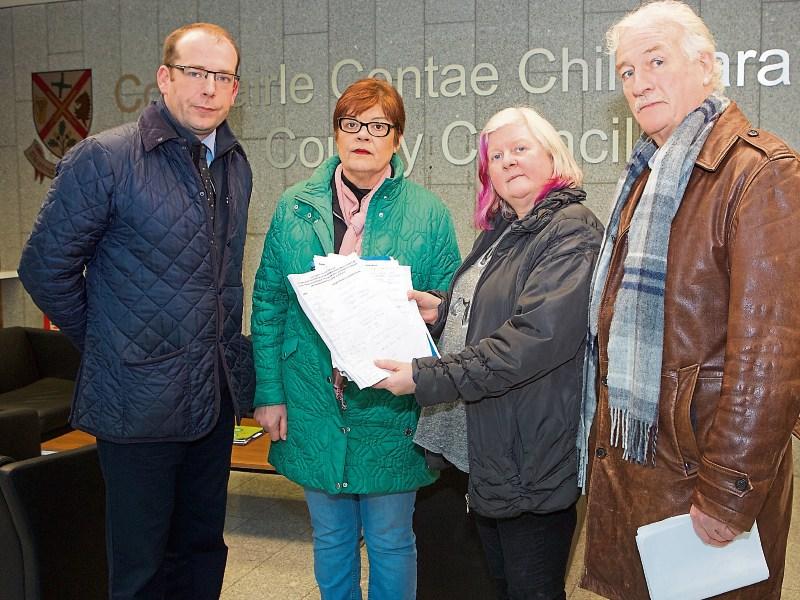 The newly formed action group which is campaigning to reverse the decline in retail activity in Naas town centre wants people to spend more money in the town.

“We would encourage the people living in Naas to support our town traders,” said Mary Burke-Spratt, PRO of Naas Against Authority Sabotage (NAAS).

The group has held its first meeting with Kildare County Council during which a petition with 500 signatures endorsing NAAS was given to KCC officials.

“We set our agenda at the meeting and presented the petitions. We felt the meeting was productive and they listened to what we had to say,” said Ms. Burke-Spratt.

“As a group we are asking everyone to continue to text and email our councillors on an ongoing basis,” she added.

The intention now is to hold regular meetings with KCC officials. NAAS itself will meet again early this week.

The group has also elected local businessman Robin Skelton as chairperson and Tina O’Kelly as secretary. Fine Gael councillor Darren Scully is responsible for liaising with the council.