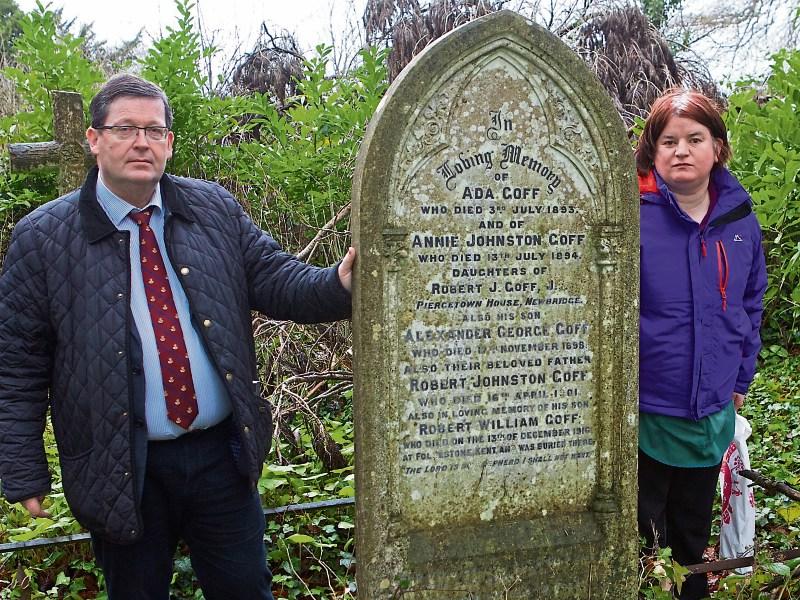 Plans to tackle the overgrown Baroda Cemetery - the resting place of numerous Newbridge influential figures including Robert J. Goff and Eyre Powell - have been given new impetus by two local sisters.

Sarah and Angela Faney have been working on a project on Goff, and believe passionately in celebrating his achievements in the bloodstock industry.

Working in the horse industry, Sarah had known a little about Robert Goff but her interest was piqued after a visit to the Church of Ireland in Newbridge, where she was shown a dedication to him.

She conducted further research and as a result, Newbridge Tidy Towns and Newbridge Historical Society came on board.

Cllr Morgan McCabe (Ind) is also interested in seeing the cemetery cleaned up.

“Goffs had offered to come in and clean it up. They said it would take about ten days but when they assessed the state of the chapel building, they were worried about the structural integrity of the building because the roof is unstable so they didn't want to put the workers at risk,” he said.

He explained the cemetery is owned by the Church of Ireland but they don't have the money to carry out the works. He said the council are not the owners and are restricted by what they can do. However, he did say the local authority was keen on doing a conservation study, which could be the first step in getting the historical site tackled.

“Sarah and her sister really deserve the credit for pushing this forward. They are the driving forces behind it and the historical society and Newbridge Tidy Towns are also really interested,” he said.

The old chapel building has another claim to fame as the place where Chris De Burgh's grandparents got married.

Cllr McCabe also pointed out the graveyard could become an important part of a history trail given its location beside the scenic walkway across from Baroda Stud.