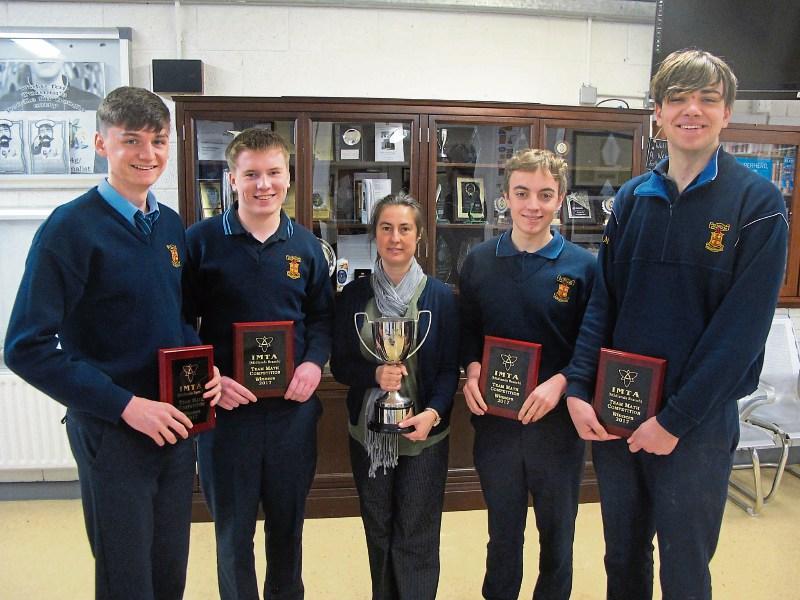 The winning team with their teacher

The students won the Irish Maths Teachers Association Team Math competition for the Midlands Region in the Court Hotel Tullamore on Friday January 27.

The four young men will now participate in the All Ireland final in NUI Maynooth in March. They will compete with the 10 other regional winners from across the country.