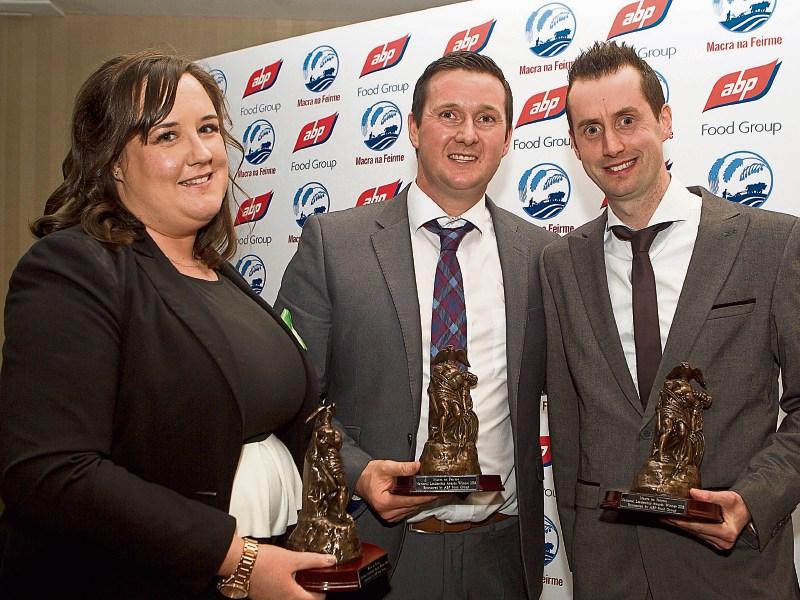 A young Naas Macra member has scooped one of the organisation’s national leadership awards.

Cara O’Mahony was one of three young national leaders recognised at a special reception at the Castleknock Hotel last night, and she received a specially commissioned trophy.

Cara is a primary school teacher who originally hails from Mooncoin in Co Kilkenny. She has been living and teaching in Naas since 2012.

‘‘My most challenging and rewarding teaching role was working as a special class teacher for three years, teaching children with autism. This was a fantastic experience and it enhanced my knowledge and understanding of children with special needs," she said.

Cara co-founded Naas Macra in 2014 and was elected chair. She has taken on numerous roles within the organisation at both local and national level and has been the NCR for Kildare since 2014. She was also elected on to the national executive last May.

Since 2015, she has held the position of chair of the rural youth committee. Speaking about Macra na Feirme, Cara said: ‘‘I have seen people grow and develop as a result of joining Macra. It is more than just a social organisation. The six programme areas lend themselves to developing confidence, social skills and personal skills for members. Macra has given me a perspective on life outside of my career. I have met some fantastic people and been a part of some interesting experiences. I also love music, sailing and drama and am an active member of my local drama club.’’