Doubt over future of McDonald's restaurant in Naas 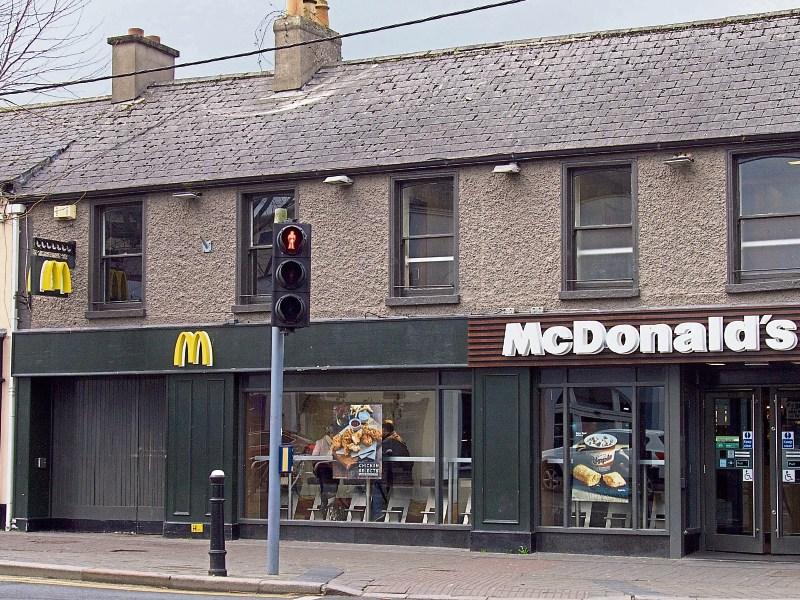 There are increasing concerns about the McDonald’s restaurant in Naas town centre following a decision by company HQ to make no comment about its future.

A spokesperson for the company told the Leader today it did not wish to comment on speculation that the North Main Street restaurant would close, possibly in May.

The Naas town centre outlet opened in 1998 at the site of Malone’s cake shop and restaurant, which was itself the location for a meeting attended by Kildare Fianna Fail TDs planning a revolt against then party leader and three time Taoiseach Charlie Haughey.

It’s one of three McDonald’s outlets in the Naas-Newbridge area.

The most recently opened McDonald’s, in Monread, was launched as a 24 hour drive-thru in October 2015. It’s believed all three are operated by the same franchisee.

The Leader understands that while the Monread opening has been extremely successful, business has declined in the town centre and the opening hours were cut back some time ago.  The North Main Street restaurant closes at 8pm whereas Newbridge is open till midnight.

It’s understood that there are up to 80 people working in Monread and some of these have transferred from the unit in the town.

McDonald’s came to Ireland 40 years ago this year when it opened on Dublin's Grafton Street.