Is Naas in decline? There is contrasting evidence 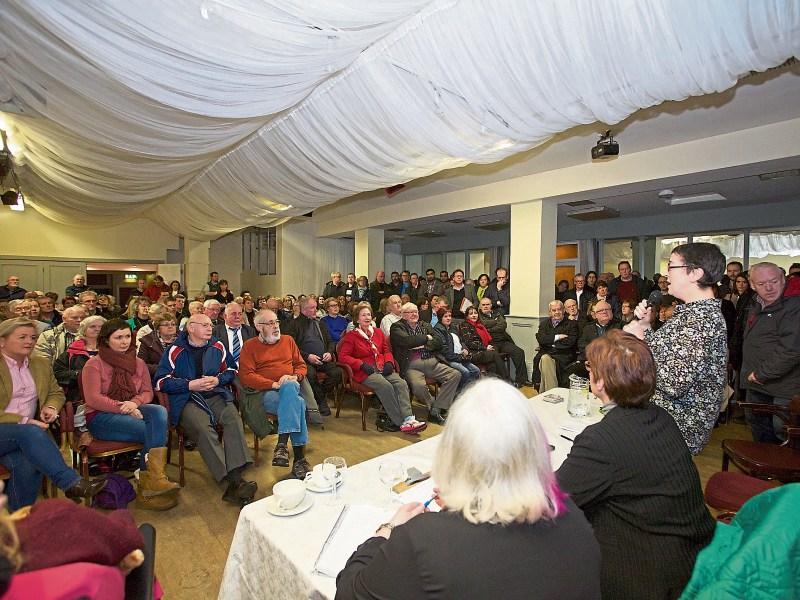 There is an interesting contrast in Naas now. First we see considerable anger at the closure of businesses in the centre of Naas and at the tough trading environment that has been imposed on Main Street.

If you were to go by Facebook comments you would think that Naas is a desolate place, with the last person about to flip the light switch on their way out towards the M7.

Yet, meanwhile, property prices in Naas are not just creeping up — they are surging.

Bidding wars are common on properties that come to the market and three-bedroomed houses in new developments are starting for north of €330,000.

Whatever about the plight of businesses in the town centre, there is no shortage of people in the queue to move to Naas.

The prices indicate that this is a highly desirable place to live.

And in Newbridge — the town cited as the one that has stolen a march on Naas when it comes to shopping — property is cheaper.

Whatever about the buzzing streets on a Saturday afternoon, the market deems this a less attractive place to live than Naas.

How can this be?

From what I can see, it seems to be a new Naas versus old Naas divide.

Old Naas — people who grew up in the town, or those who at least have lived here for a good while, recall a bustling Main Street and they desperately want a return to that.

The shop closures, the quiet streets on busy shopping days, the threat of more parking spaces being lost and the concrete slab that is Naas Shopping Centre — all of these things hurt old Naas people.

Yet the newer arrivals to the town are not similarly moved.

Frankly, most of them don't care one jot.

They are more likely to work outside Naas — Dublin mainly.

Their homes are often in Monread or in the further estates from the town centre - out the Newbridge, Kilcullen, Craddockstown and Blessington Roads - and walking to the Main Street was never a convenient option.

They’re happy to drive to the big stores around the ringroad, avail of the free parking and drive home again.

The centre of Naas for many of them no more than is a pleasant place to go for a drink or a meal every now and then.

Add in the fact that the town offers decent schools for their kids and easy access to the motorway and they are quite content with Naas as it is.

This pattern is far from unique to Naas. All over the country — all over the developed world really — towns are moving to the donut model with more business on the outside than at the centre.

The fight to save Naas is laudable — though in my view the tendency to blame a number of ills on a cycling lane that does not yet exist is wrongheaded.

All told, though, people may have to accept the fact that old Naas is unlikely to come back.

Yet matters could certainly improve.

The best hope for a busier town centre remains the completion of the Naas Shopping Centre.

That, and not a planned cycling lane, can make or break the heart of the town.

And that is where the campaigning energy which now exists needs to be focussed.