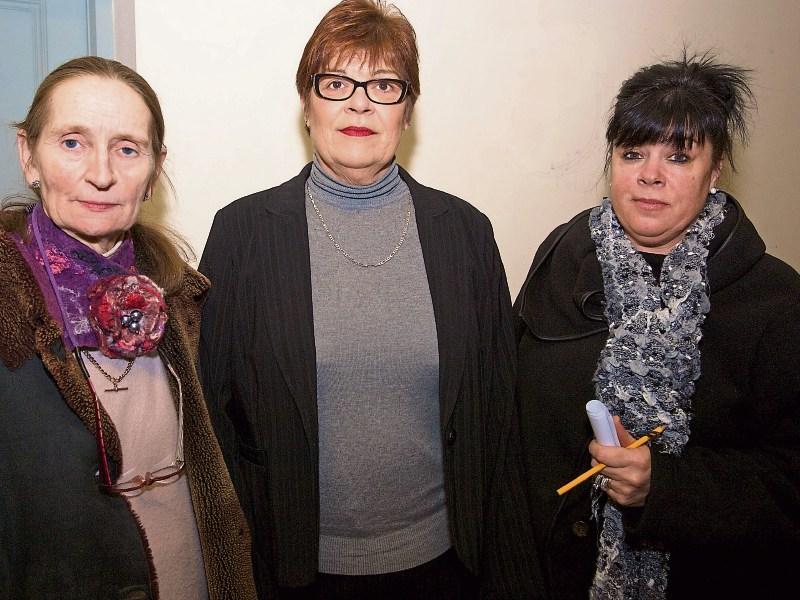 The voice of people power was heard loud and clear as an action group was formed at a public meeting in Naas tonight.

It will lobby Kildare County Council to revitalise the town centre.

The meeting was called by the Naas Against Authority Sabotage (NAAS), which was itself made up of two local women -  Mary Burke-Spratt and Chris Wilson.

They held the meeting for the Town House Hotel to provide a forum for Naas residents to air their views about the closure of an estimated 60 retailers since 2012.

It was chaired by another Naas woman Tina O’Kelly and the attendance included most members of Kildare County Council’s Naas Municipal District as well as TDs Catherine Murphy and James Lawless, who represent Kildare North.

It was called against the background of the closure of Ciaran Mattimoe’s Londis shop and opposition by Larry Swan of Swan’s on the Green and Pat Goulding (Goulding’s Hardware)  to a cycle lane at the town end of Kilcullen Road.

Since then two more businesses have announced closure plans - Top Drawer and The Foot Shop.

There were heated exchanges as speaker after speaker, residents and retailers, criticised Kildare County Council and some of the councillors for not doing enough to halt the decline of business in the town centre.

Ms.  Burke Spratt told the estimated attendance of 250 that this was her first time to speak in public. “Naas was once a thriving town and it’s now nearly a ghost town; you can hardly buy milk or bread between Mulvey’s Corner (Kalu) and Poplar Square.”

Ms. Wilson estimated that the loss of all the car park spaces will ultimately cost Kildare County Council almost €770,000 a year “and the shop owners will have to pay for this loss.”

Cllr. Darren Scully said only three councillors had voted against the plan to pedestrianise Poplar Square and build cycle lanes along the Dublin Road.

He said this could be reversed and he also pledged to oppose cycles lanes on  Kilcullen road.