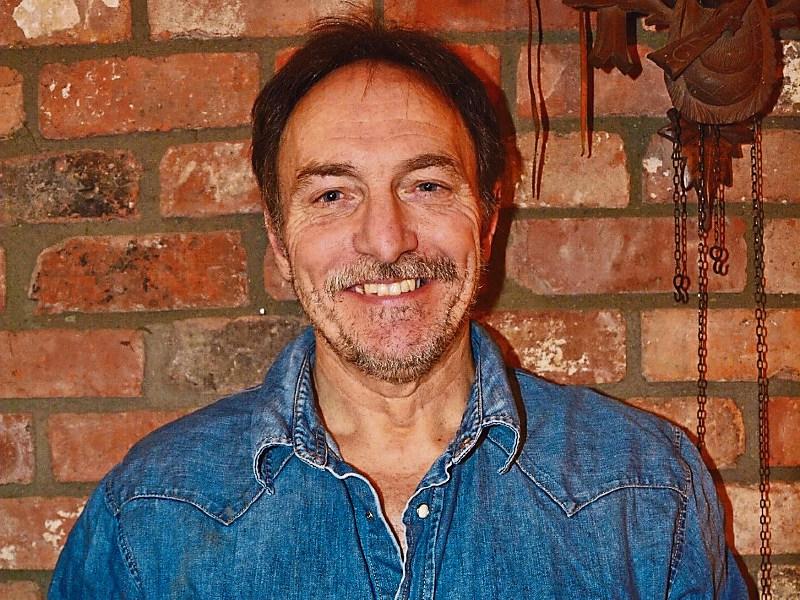 'Walk with Me', a book of poems written and illustrated by a Newbridge author, is now available in local book stores.

After featuring on Celine Garvey’s radio programme Artyfacts on KFM last week, Joseph Keogh has been getting the word out about his much loved project.

A native of Newbridge, now living in Brannockstown, Joe has brought together a collection of his poems written over a number of years.

The subject matter is life in all its stages — both human life, and life in the natural world that surrounds us.

The poems are beautifully illustrated by the author with a series of pencil sketches, which contrast well with the photographic images on the cover — also taken by the author.

“Writing poetry is one thing, but the decision to open it up to others is the most difficult thing I have ever done. As a very private person, it is new territory for me,” said Joe.

The collection is presented as a chronological journey, starting with a poem written in 1972 and progressing through the years up to 2016.

As the title suggests, the author invites the reader to join him on this journey.

The overall tone of the book is uplifting and readers of all ages quickly identify with the themes explored within the poems, finding a relevance to their own lives and experiences.

Joe Keogh attended the Patrician Brothers in Newbridge. A competitive athlete, he was always involved with musical productions and organisations such as the scouts and the youth club. Joe worked for a time in Bord Na Mona before going on to serve an apprenticeship as an electrician. He has also studied Environmental Management, worked for a wildlife magazine, farmed, ran his own graphic printing business and flown birds of prey for a living at different stages in his life.

Retailing at €10, Walk With Me is available from Farrell and Nephew, Newbridge and Barker & Jones, Naas.