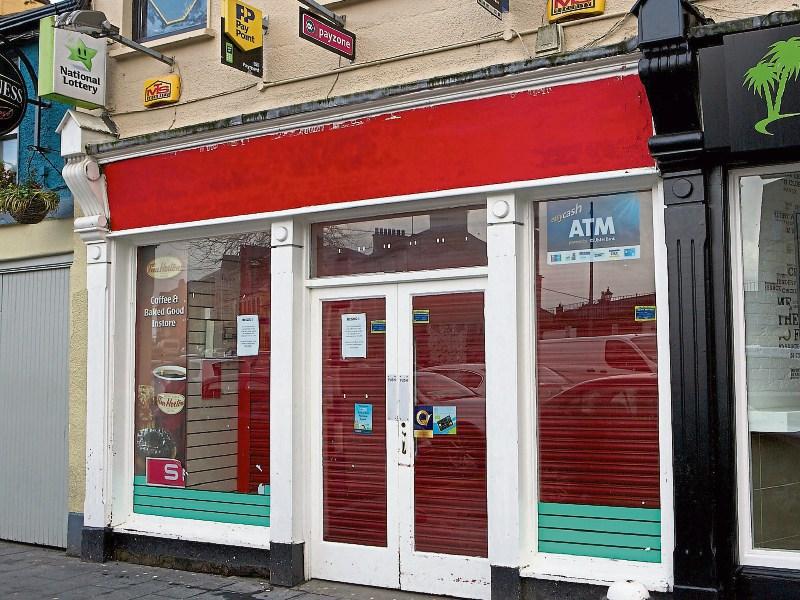 The Gem at Poplar Square, one of many businesses to shut in Naas

Two Naas woman are setting up an action group to try to bring a halt to the closure of businesses in the town’s centre.

The self-styled Naas Against Authority Sabotage was formed as a result of a chat the pair had about the most recent problems, highlighted by the Leader, to hit businesses in the town.

They will stage an open non-political meeting in the Town House Hotel on Friday Febraury 3 (8 pm).

These include the closure last Friday of Mattimoe’s Londis store,  and the plan to create cycle lanes outside Swan’s on the Green and Goulding’s Hardware.

At least one Naas politician, Cllr Darren Scully, has indicated his opposition to the cycle lane plan — as he did when the proposal was first mooted.

He also opposed the planned pedestrianisation of Poplar Square and the creation of cycles lanes along Dublin Road.

Currently there are 33 car park spaces in the vicinity of both businesses and it’s proposed to cut this number by two thirds to 11 — leaving eight outside Goulding’s and three outside Swan’s.

The proprietors of both businesses, Larry Swan and Pat Goulding, insist that their trade will fall dramatically and they may be forced to close if customers cannot park nearby.

The National Transport Authority proposal further envisages a change to the junction layout at Swan’s on the Ballymore Road to improve pedestrian facilities and to reduce traffic speeds.

Some 1,400 people signed a petition of opposition prepared jointly by the businesses.

Naas resident Ronan O’Houlihan made a submission bemoaning the lack of businesses in the town centre and “the proliferation of charity and betting shops while out-of-town-centres triumph.”

He said he learned with disbelief, sadness and a small bit of rage that Swan’s, which generates business, a sense of community and a sense of pride in the town is to lose most of the spaces outside the premises.

“I am not sure the benefits of the cycle lane outweigh the costs such as the loss of a business like Swan’s.”

A representative of the NAAS action group, Mary Burke Spratt, told the Leader:  “Before the meeting we will go to shops and businesses to inform them of the meeting but already we have come across many people who are concerned. I was born and reared in Naas and it makes me angry to see what is happening. Last week Ciaran Mattimoe closed down and Goulding’s and Swan’s are concerned about cycle lanes. I walked the town and I saw just one bicycle parked at a cycle rack so I wonder if there is a need for cycle lanes.”

She said most people shopping in either shop would need to bring a car rather than a bike. “My fear is that the long term intention is to pedestrianise the entire town and have it like some small town in France where we will all be sipping coffee. What most people are talking about though is the fact that you cannot buy a pair of socks in the town now and older people have longer to walk to get to a foodstore.

“Money should be spent on the roads not on cycle lanes.”

Naas was once a thriving town, she said, now it’s becoming a ghost town.

She said local politicians should be more proactive about helping retailers.