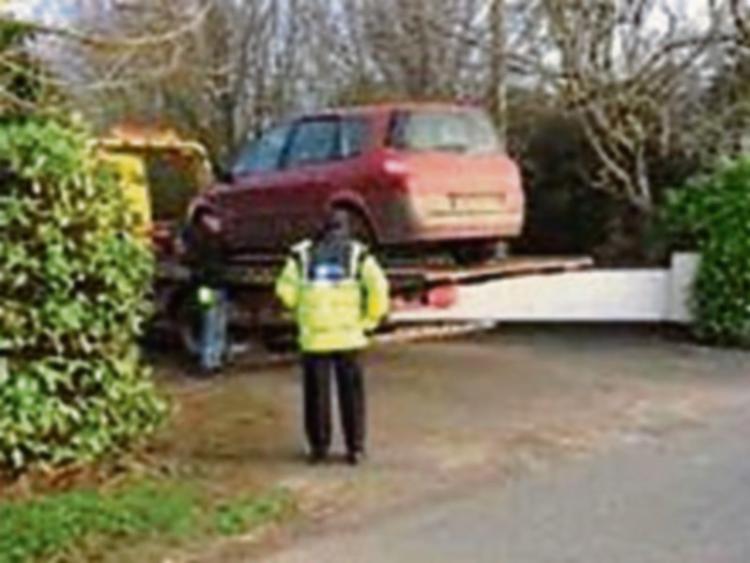 One of the cars that were seized

Two cars were seized by the Naas Traffic Corps at Hodgestown, Donadea yesterday.

The cars were stopped at a checkpoint. The vehicles were taken away because the first driver had no road tax and no NCT since 2011.

The second car was seized because the motorist was driving with no insurance or tax.