No footpaths and lights for residents in Allenwood area 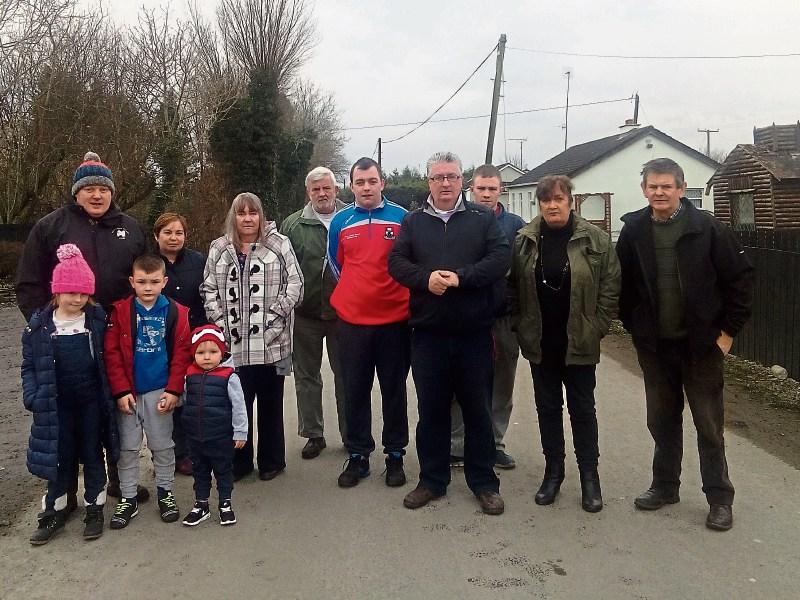 Residents at Bluetown, Allenwood are urging the council to install public lighting to help elderly residents and school children, who are being forced to walk home in the dark.

"The residents of Bluetown contacted me with serious concerns regarding the lack of public lighting and footpaths in their area,” said Cllr Murty Aspell (FF), who raised the issue at the Municipal District (MD) meeting on January 18.

"The people of Bluetown are paying their fair share of Local Property Tax (LPT) in addition to the service charges, which was payable when applying for planning permission for their homes,” he said.

“There are approximately 200 residents living in this local area. Were you to compare the same conditions within a built up town, there would be uproar. But because this is a village, the same right to services doesn't appear to apply. This simply is not good enough.”

He said school children are dropped at the top of Bluetown Road and have to walk home in dark evenings.

“The elderly cannot come outside in the evenings for a walk for fear of being knocked down as there are no footpaths,” he said.

MD engineer, Brigette Rea said footpaths were not possible because the roads were too narrow and there are large open drains beside the roadsides.

Cllr Suzanne Doyle (FF) said surely something could be done for the residents. She said towns should not get a monopoly on the LPT funding.

Cllr Sean Power (FF) said “We (the council) facilitated the development of Bluetown and we had no difficulty in collecting the levies from them, what have we given them over the years?”

The matter of public lighting was referred to a council committee to explore the options.