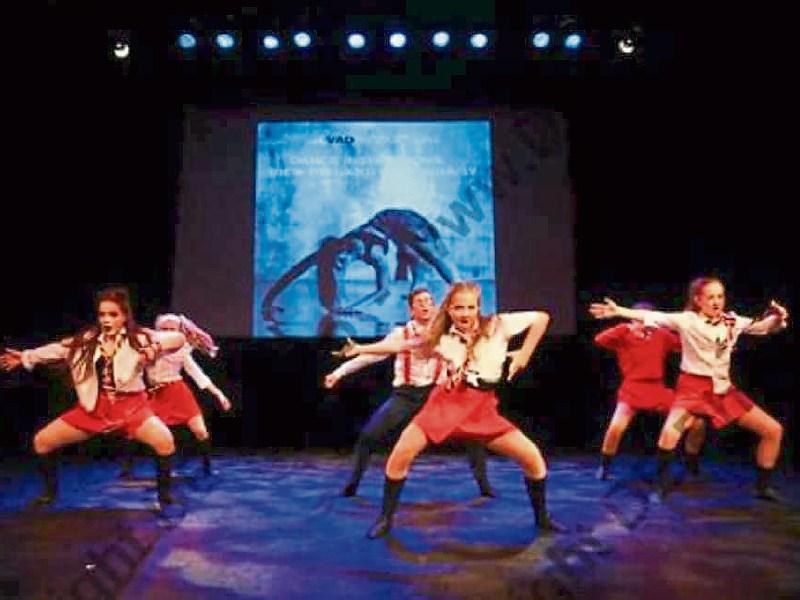 The Newbridge troop also had another reason to celebrate, with Daniel Sinclair taking the Solo Lyrical title.

“We are so proud of this talent group, it’s been a pleasure working with them", said trainer Katie Conlan.

Fellow trainer, Niamh Conlan added; “The team work and intense training has paid off, its been a fantastic experience for all of us“.

Last year the Conlan sisters trained and managed the dancers to represent St Conleths at the National Community Games, in which they won the All Ireland.

After this, they entered into VAD and won the Dublin Heat, which qualified them for the finals.

Last Friday, together with Katie and Niamh, the six dancers, all from Stage Academy Newbridge, flew to Blackpool. They were Daniel Sinclair, Eirren Turner, Tanya Gallagher, Robyn Maher, Ellen Dowse and Lucy Pearson.

Daniel and Eirren competed first in the solo competition and both did extremely well. Daniel won Solo Lyrical and earned the chance to perform at the grand final, as well as scooping a training session with judge Ryan Jenkins.

The group competed on Sunday and the judge said “it was like a routine off the West End”. They were awarded second place in the open large and small categories. Mr Jenkins has performed on West End and worked with Abby Lee Miller on “Dance Moms” as well as being an agent for Britain's Got Talent. Ashley Nottingham and Helen Scott were the other two judges.

After winning the heat in September, the team took on board the judges' feedback and the panel commented on how much they had improved, the energy and character they brought to the stage. The judges complimented Katie and Niamh Conlan on very creative, professional and polished routines. The Conlans were part of World Championship winning Stage Academy team.