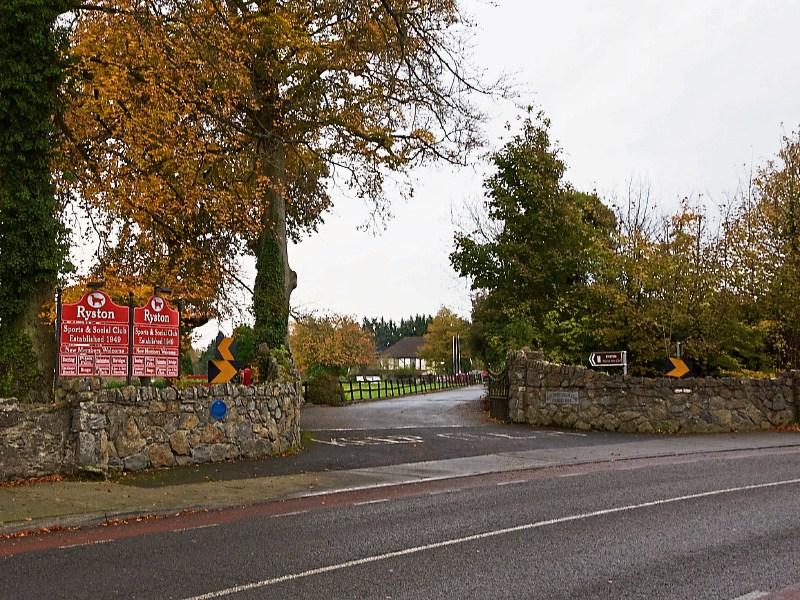 The entrance to Ryston, where the pool is located

The future of the overgrown rat infested outdoor swimming pool at Ryston in Newbridge is unclear at present.

Cllr Murty Aspell (FF) raised the desperate condition of the pool with officials last year. He urged the council to take urgent action to board up the unused facility and clean up the site.

Officials said they would look into the matter.

As part of the progress reports for the December Kildare Newbridge Municipal District Meeting, officials said the lease on the property will expire in 2022.

“Bearing in mind the current status and because there would be substantial restorative work required, it is proposed to discuss options with the Municipal District engineer and also with the current owner. Members will be advised of the outcome of these discussions,” noted Director of Services, Peter Minnock.

Speaking at a meeting last October, Cllr Aspell said; “The only thing that is swimming in the pool in Ryston are the rats that are playing there.”

At the Kildare Newbridge Municipal District meeting on October 19, he asked if the council owned the pool or had responsibility for it. The council said it had leased the pool to Irish Ropes for a term of 50 years. Cllr Aspell said it was his understanding it was the other way around, and that must have been a typo in the report.