Sallins residents to have a say in land use 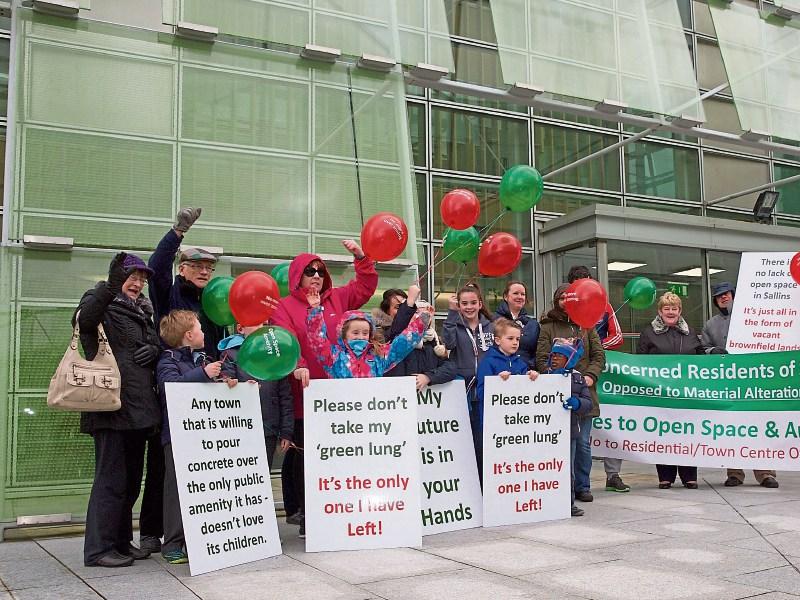 Sallins residents protest over a lack of amenity land in March

People living in Sallins will be asked how they want the 33 acres of amenity land used.

Kildare County Council have bought 48 acres of land near the Lidl store and which can currently be accessed from the canal bank.

The remaining 15 acres will be used for the long awaited Sallins By-Pass project, which will take thousands of cars out of the village every day. It’s likely there will be a link from the motorway to the land.

The lack of amenity and recreation land in the Sallins area has been highlighted by individual sports groups like Sallins GAA and Sallins Celtic as well as residents and Sallins Community Council.

Sallins councillor Carmel Kelly said: “Everybody knows that the recreation land needed for the level of residential development has not been provided up to now. We have been meeting with Kildare County Council’s Chief Executive Peter Carey and Director of Services Peter Minnock regularly since September.”

Cllr Kelly also thanked the Naas Municipal District councillors for pressing for land to be provided.

Fianna Fail TD James Lawless said the news will be welcomed in Sallins.