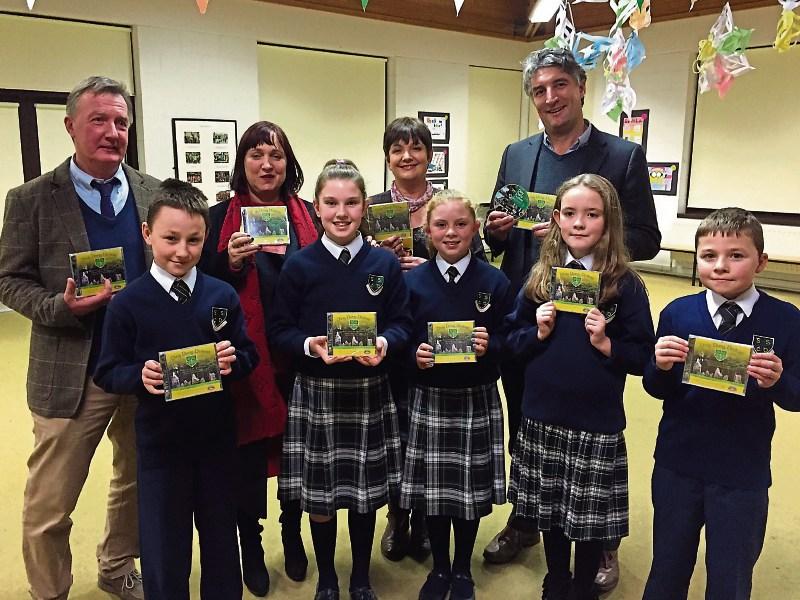 A group of proud parents and music lovers gathered at Gael Scoil Chill Dara last night to celebrate the launch of “Ding Dong Dedero”, a charity CD on behalf of the Jack and Jill Foundation.

The CD was created and produced by the choir of Gael Scoil Chill Dara, and features guest appearances from many of Kildare's favourite musicians: the Nas na Ri Singers, In Caelo choir, Frankie Lane, Conor Mahony, Philip Scott and Ruth O'Hara.

Cór Gael Scoil Chill Dara was founded in 2014 and performed with the Dublin Gospel Choir in 2014. The choir won the Irish language class at the Kilkenny music festival in 2015 and performs at school functions and the annual carol service in the church of St Brigid, Curragh Camp. The recording of Ding Dong Dedero is their most ambitious project to date.

Ding Dong Dedero features traditional favourites from the Irish repertoire and was part-funded by Kildare County Council Arts Service. All proceeds go to the vital work of the Jack and Jill Foundation, which is currently supporting over 240 families nationwide, including 14 in Kildare.

The children of Gael Scoil Chill Dara sang beautifully at the gathering.

CEO of the Jack and Jill Foundation, Hugo Jellett spoke about the essential work of the foundation, but the most moving contribution by far was the personal testimony of Tina Priestley.

She outlined the support the Foundation has given to her family as a direct beneficiary of the nursing care funded by Jack and Jill.

'Ding Dong Dedero' is available at the following outlets: the Jack and Jill shops in Naas, and Newbridge; Farrell's bookshop in Newbridge, Newbridge Parish Centre, and the office of TD Fiona O'Loughlin, Canning Place, Newbridge. The CD costs €10.