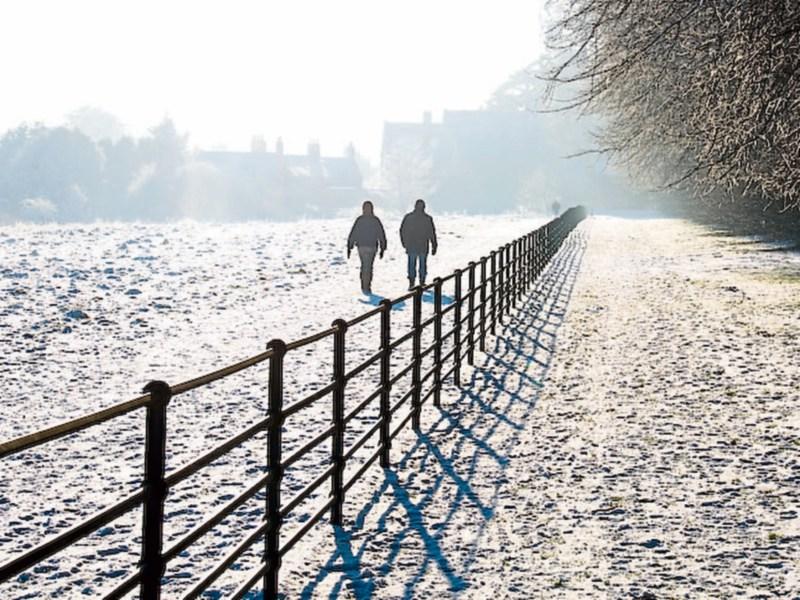 A winter scene at Castletown House

HISTORIC documents relating to Castletown House, the British monarchy and Elizabeth 1 are to be transferred to the Office of Public Works this Thursday at Dublin Castle.

The documents, a collection of maps, grants, seals and royal letters of patent and containing the will of William “Speaker” Conolly, were discovered in a skip on Fitzwilliam Square, almost 40 years ago, by three friends out walking.

The OPW told the Leader that the documents have not yet been conserved and are unlikely to be in a condition to permit access by the public for a number of years. “It is hoped that in time they will be made available to researchers and historians.”

The OPW said  “no monetary value has been assigned to the documents.”

The OPW confirmed a report in the Irish Times (December 12), which described the documents as “a significant historical find including grants of land bearing the royal seals of Elizabeth I, kings George I, James I and Charles I.”

The newspaper reported that three men Robert Maharry, Richard Gorman and Ruary O Síocháin located the documents after examining a skip at the Fitzwilliam Square, sometime between 1977-83.

They came across a metal chest bearing the name of Capt Edward Michael Conolly of the Royal Artillery, and the address “Castletown.”

Papers in the box appeared to relate to land deals associated with Castletown, in Celbridge, and Leixlip Castle, also in Co Kildare, and other estates, but the men did not immediately investigate the contents fully.

The boxes were moved to Mr Maharry’s home and remained in his possession.

Appreciating there may be some historical interest in the content of the boxes, they removed the boxes for safe-keeping to Mr Maharry’s home.

Last year Mr Gorman, an artist, was looking for locations for international fashion house, Hermes, because his paintings would form a backdrop to a photo shoot.

He contacted Mary Heffernan of the Office of Public Works (OPW) about using Castletown.

Noticing the unusual spelling of the family name Conolly, he told Ms Heffernan about the chest. The material was taken to the OPW this year and examined by Dr Myles Campbell

He catalogued more than 160 documents including maps, an illuminated script from the deed of settlement of William Conolly of Castletown dated 1705 and royal letters of patent issued by King George I featuring the king’s portrait.

The royal seal of Queen Elizabeth I was in the box and had a royal document affixed and dated 1578; this was a grant of land in Co Kildare from the British monarch.

The seal of King Charles I was also affixed to a document, ostensibly a grant of land in Leixlip, dating from the 1630/40s.

A further royal seal, a grant of land at Castletown – possibly to a member of the Fitzgerald family – and bearing the seal of King James I of England/VI of Scotland, was dated 1625.

The OPW confirmed is aware of one letter from Queen Elizabeth I that bore the royal seal which was sold in London in recent years for stg£340,000.

The OPW says it would not be possible to put a price on heritage value of the original manuscripts and detail it provides.

Much relates to the business dealings of William Conolly who was speaker of the Irish House of Parliament and a commissioner of the revenue from 1715 to his death in 1729.

Conolly was a serial buyer and seller of lands particularly around the “Williamite transfers” the confiscations by the crown of lands belonging to supporters of King James II, in the wake of the Glorious Revolution and the accession of William and Mary in 1688-89, and the Battle of the Boyne in 1690.

Conolly was reputed to be the wealthiest man in Ireland when he died.

Among his buys was a stg£12,000 for 809 acres including Leixlip in 1728, together with other properties in Dublin.

He brought 2,300-acre property at Castletown in 1709 from Thomas Dongan, 2nd Earl of Limerick.