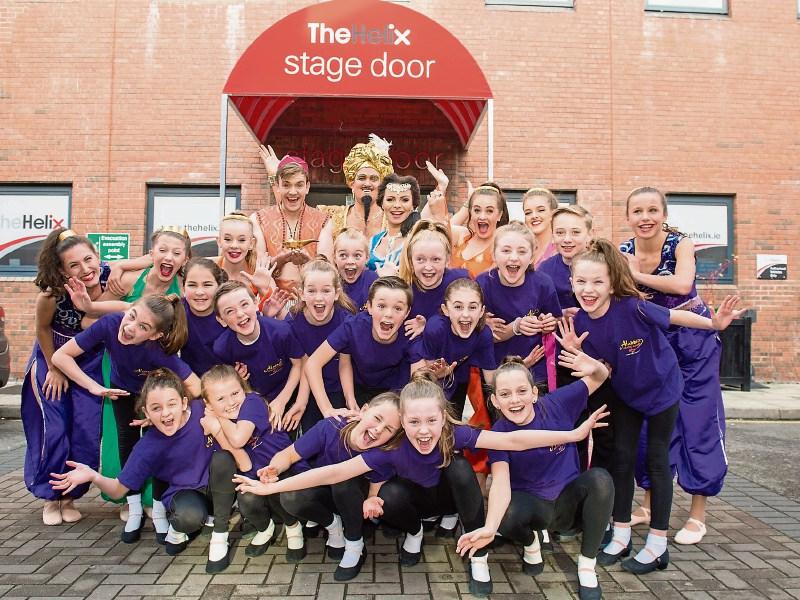 Twenty talented Kildare school kids are taking a magic carpet ride onto the national stage in Aladdin at Dublin's The Helix Theatre until January 22, having won their ticket to stardom via Ireland's only panto boot-camp.

The Kildare youngsters were among some 200 young hopefuls who were put through their theatrical paces at Ireland's only panto boot camp this summer.

Having passed the talent test in singing, dancing and the art of panto, the chosen ones are now busy taking part in Aladdin which runs until January 22.

"My favourite part is performing, I love looking out from the stage and seeing the big crowd all smiling and happy," said Katelyn Rose Slevin (11), from Celbridge.

For Amber Byrne (11) who lives in Sallins the best bit of being in the panto is the finale.

"When I finish performing and everyone is clapping, the atmosphere is electric and I'm on cloud nine," said Amber who is sixth class at St Laurence's National School.

Young David Adderley (12) from Beatty Grove in Celbridge jumped for joy when he learned he had made the panto grade.

"I was so happy when I found out I was going to be in the panto this year, it is so much fun to be part of," said David who is in sixth class at Scoil Mochua, Celbridge.

The Kildare crew are part of a 48-strong team of children and teens aged from seven to sixteen who have graduated from panto camp to cast member.

They are now on stage with singing sensation Tom Moran who stars as Aladdin in a show packed full of stunning special effects including a real flying carpet.