Selling out our heritage in Naas to the big shops 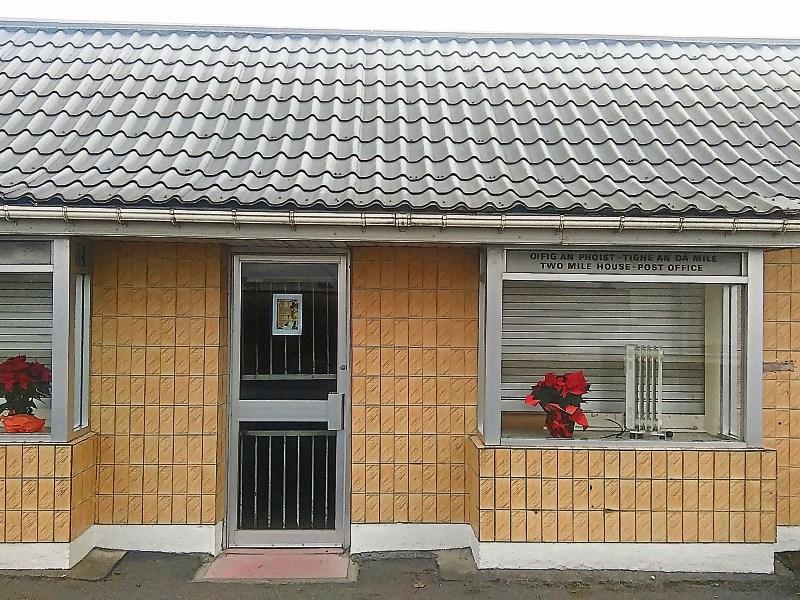 Like one of those isolated stores in America’s Midwest you’ve seen in a hundred movies, Valentine’s shop is a potent rural landmark.

If you have travelled the road between Naas and Kilcullen you’ll know it as the single storey building which offers a diversion to the miles of hedgerow linking the inhabited fringes of either town.

With its aluminium window frames and yellow tiled facade, it won’t win many architectural awards.

It’s closed now, since Thursday last. The shutters have come down on not just a shop and a sub post office, but on a way of life.

It opened the same year the Spanish Civil War started and two years later, in 1938, the post office opened there.

It was a good old fashioned store which those
of you of a certain age remember and those of who who aren’t will never know about. Shops like the one Jim and Abina Valentine opened most days at Two Mile House won’t be making a comeback.

It was — as they all were back in the day — an independent retailer.

It sold day old chicks, delivered by CIE (Bus Eireann’s forerunner) in cardboard boxes complete with holes which let in in air and light to the yellow fledglings.

Feeding bran, pigmeal and pollard — a feed stuff for horses which also doubled as a poultice ingredient — arrived in bulk as most goods did. They were then weighed out in much smaller amounts and sold on. The fact that so much of it was for animals is a reminder of just how much Ireland’s economic activity revolved around agriculture until relatively recently.

Valentine’s was opened by Jack Valentine (Jim’s father) and his wife Kathleen. Jim was to marry Abina, who
arrived there in 1966.

“It was so busy then. Most of what we sold here came in in bulk — sultanas, currants raisins. We used to have huge stocks of wellington boots for adults and children (essential footwear in a wet climate when cars were in short supply),” said Abina.

“There’s hardly any demand in 2016 for dripping, essentially animal lard which could be eaten or used as cooking fat before we found sunflower oil and olive oil.

“It arrived in slabs weighing 36 pounds as did half sides of bacon which had to have the ribs taken out using a special tool along with a couple of pigs’ heads.”

The Leinster Leader was the sole local news source. Copies arrived in bundles protected by heavy white paper which the Valentines recycled as packaging paper because it was durable and virtually greaseproof.

For better or worse things have moved on. Food comes already packaged for the consumer today and we’re told to believe that it’s better this way for hygiene reasons, even if food poisoning was hardly rampant because biscuits arrived in big boxes and were dispensed in paper bags.

Most of our food and goods are now provided by chain retailers.

Every one-horse town has a Spar, a Centra, a Londis, a Tesco, a SuperValu, a Dunnes, a Lidl or an Aldi. If you’re town is big enough it’ll have several (Naas has two Aldi outlets and two Tescos).

And if you’re an even luckier little duck you’ll have a Boots, a Costa, a Paddy Power, a Boylesports, a B&Q, maybe a Heatons.

How privileged we surely are to reside among the
giants of retail and — in some cases — take up their zero hour, minimum wage or
minimum-wage-plus-a-bit jobs.

Jim and Abina are in their mid-70s now and are happy to go. Time has move on for them.

“Jim has had back surgery and I found it hard working on my own; I was worried about security even though we were never robbed.”

Many other small businesses have been swatted out of existence, though, by the muscle of the big players.

If they’re all forced to throw in the towel we’ll lose a little of our heritage. And all of our streets will look the same.