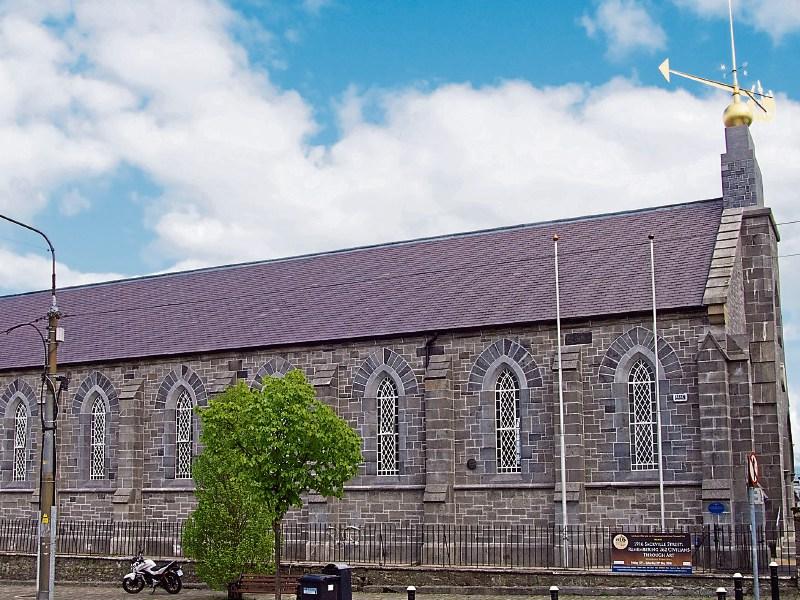 One of the country's top architects has stressed a collective approach from Kildare County Council, local businesses, Tidy Towns and community groups is the way to tackle problems faced by Newbridge Town Centre.

He told those in attendance at the Town Hall this afternoon that it was unusual for him to be briefing such a strong commercial town. He pointed out he is normally invited to speak in towns which have been struggling.

“Small changes can make a huge difference. It’s all about partnership,” he said.

He highlighted how uniform signage, planning consultation with property owners on paint finishes, removal of parking spaces to create tree bays, planning policies on security shutters, and provision of pedestrian links can make a big impact. He highlighted how Westport began its journey by commissioning a Town Design Statement. This formed the basis of its development over the past 20 years.

He praised the refurbished Newbridge Town Hall building and the town’s strong commercial success. He also noted the skateboard park was at the public consultation stage and said the experience they had in Westport of installing their skateboard park was super.

He outlined the changes made by Westport which resulted them winning the National Tidy Towns award on three separate occasions since 2001. The West of Ireland town has also claimed national awards as 'The Best Place to Live in Ireland' and an accolade for a public space and sculpture commissioned to celebrate the 'Best Place to Live' win.

Mr Wall’s visit comes just a week after local councillors were informed the National Transport Authority (NTA) may be willing to co-fund a plan for Newbridge Town Centre. The council has to put together a proposal for funding to the NTA.

Councillors and Newbridge Tidy Towns Association have been crying out for a plan to tackle the town centre and back streets of the town.