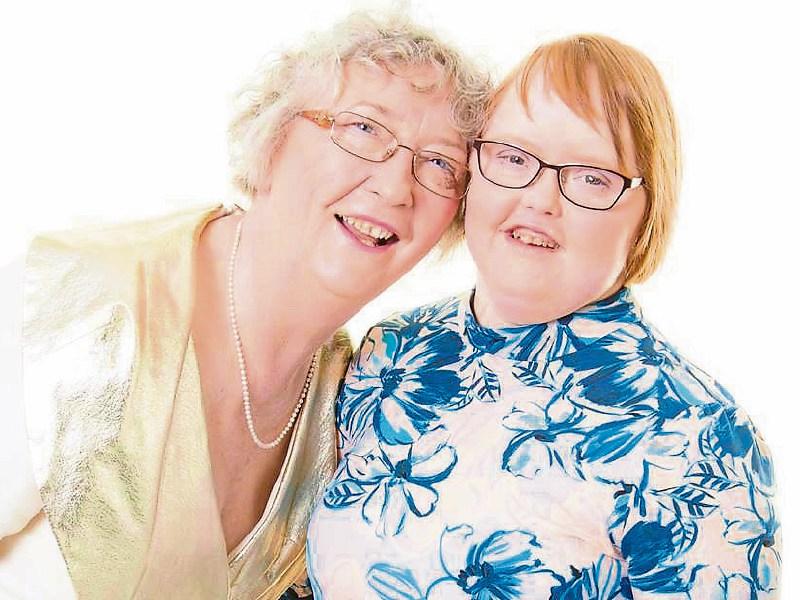 Sheena with her mother Mary. Photo courtesy Down Syndrome Ireland

Tributes have been paid to Sheena Walsh, the thirty year old Naas woman who passed away at her Kingsfurze Avenue home on Naas’s Dublin Road on Tuesday.

Sheena, is the daughter of Vinny and Mary, and was well known locally. Her dad Vinny is also associated with Naas GAA and is known to many as a quizmaster and a member of the traditional music group Rossa.

Brendan Woulfe of Naas GAA said to know Sheena (30) “was a privilege bestowed on so many and to be loved by Sheena was a gift she gave to all.” He sympathised with “her family and countless friends.”

As a mark of respect the club will close all pitches for training and games tonight.

Many others have been remembering Sheena on social media.

Tina O’Kelly, on behalf of Naas Musical Society,  said Sheena and her mum regularly attended the NMS productions, as recently as last week in the Osprey Hotel.

“Her smiling face was a joy to behold in our front row,” said Ms. O’Kelly.

Maria Murphy Dunne said the world is a much poorer place “because we sadly lost our dear friend.” Sheena was “full of fun, full of life, full of devilment.”

Down Syndrome Ireland  said she was an active and much loved member of the DSI and her local branch. As deputy secretary of DSI’s National Advisory Council, Sheena reflected on her parents’ “pioneering and progressive attitudes for social inclusion for people with Down Syndrome.”

Her funeral takes place to St. Corban’s Cemetery, Naas, tomorrow following requiem mass at the Church of Our Lady and St. David, Sallins Road, at 10am.