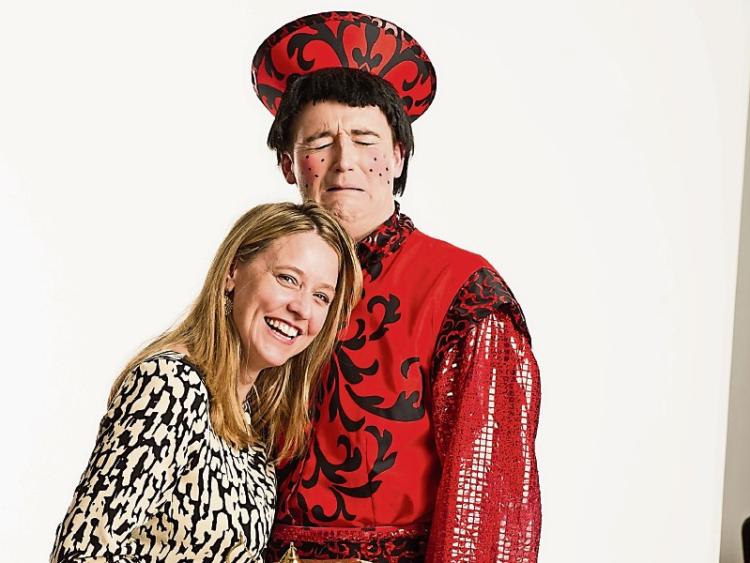 A Kildare team will be once again at the helm when the national pantomime season gets going soon.

The Tighe family from Leixlip, along with Karl Harpur, have been heavily involved in panto’s at the Helix and on Sunday November 25, their  new production, Aladdin, will, get an airing.

Produced and choreographed by Claire Tighe and co-written by Claire with Karl Harpur, the Musical director is  David Hayes of Voice of Ireland fame.

Working on pantos since she was sixteen, including with the Leixlip Musical & Variety Group, Claire is the producer, co-writer and choreographer.

Aladdin is her ninth production at The Helix following her stagings of Sleeping Beauty, Beauty and the Beast, Cinderella, and Jack and the Beanstalk.

Theatreworx, the theatrical company run by the Tighe clan, has established a reputation top class pantomime.

Claire’s husband, comedian and panto star,Aidan Mannion, builds the theatrical sets, while her dad Brian and brother Ciaran, look after the business side of the company.

Among those in leading roles in Aladdin are Tom Moran, Eoin Cannon, Adam Lynch, Colin Hughes and Liam Butler with with Danielle Williamson, winner of Irish musical societies (AIMS) best female vocalist, taking to the stage the stage as Princess Jasmine.

The organisers say some of the shows are sold out.

Adam Lynch is the Genie, while Liam Butler, dons his giant eyelashes once again to play Dame Lola.

Theatreworx, the theatrical company run by Ireland's panto family the Tighe clan, has established a reputation with the critics for producing the country’s best professional pantomime.

Claire’s husband, comedian and panto star, Aidan Mannion, builds the theatrical sets, while her dad Brian and brother Ciaran, look after the business side of the company.

Claire’s mum Rita, with more than 20 years theatrical experience, is the creative force behind the many beautiful Theatreworx costumes.

The show runs from November 25 to January 22. See www.thehelix.ie