In this week's Leinster Leader - out now 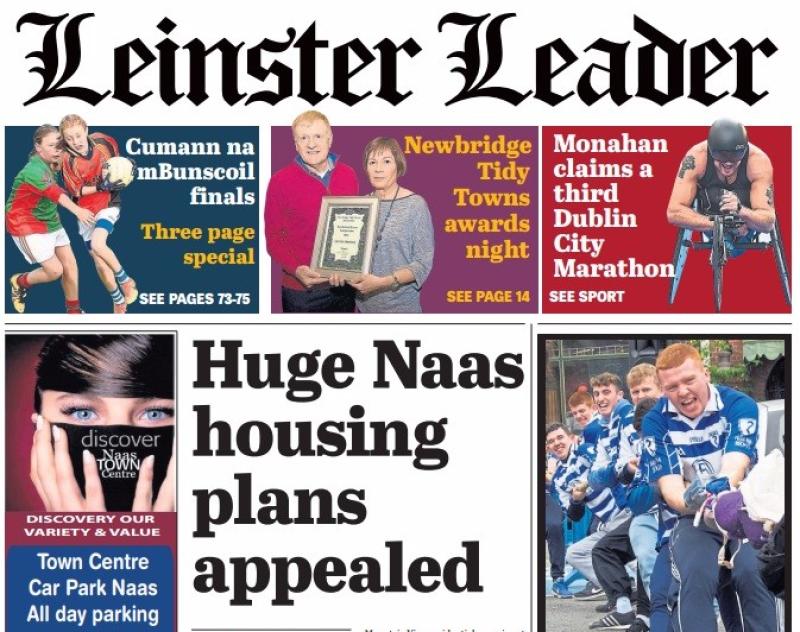 In this week’s Leinster Leader we examine how plans for a major Naas housing estate have been appealed by local residents.

Plus, full coverage of the Naas Lions Club Bra Tug-o-War, Newbridge Tidy Town’s awards, concern over Drehid landfill lorries, and an update on the €8m plan for the former Dominican Priory site in Athy.

Plus, Prosperous Communities upset about increase in lorry traffic to Drehid Dump.

We've photos from the Ballycane Witches' Walk and Strictly Timahoe, and all your community town and village notes from across the county.

In this week's Leinster Leader, out now.