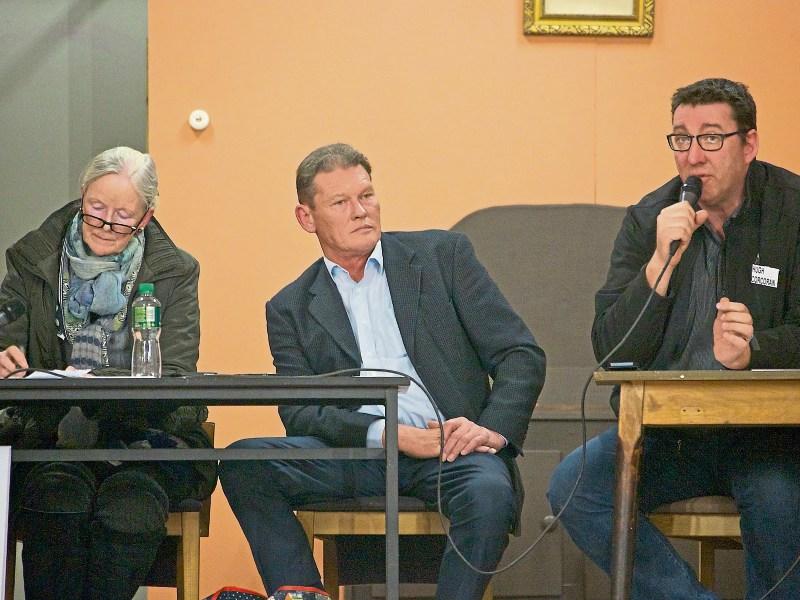 One of the groups, who campaigned against the Maighne Wind Farm, is to hold a public meeting tonight at 8pm in Johnstownbridge.

Kildare Environmental Awareness Group (KEAG) organised the meeting at the Hamlet Court Hotel, to discuss An Bord Pleanála's decision to refuse permission for the 47 turbine wind farm. It will also review the group's next move should another planning application be submitted.

“The refusal of the Maighne wind farm has shown that our community can take on a large wind developer and win. Our community will be ready for any reprise by the developer,” said KEAG spokesperson, Sheila O'Brien.

Element Power wanted to build the wind farm up the West side of Kildare towards the North of the county covering townlands near Rathangan, Lullymore, Allenwood, Donadea, Carbury, Johnstownbridge and Enfield.

The 169m turbines would have been the tallest turbines in Ireland so far. In the wake of the decision, Element Power said it had to analyse the decision before deciding what action it would take.

The company could lodge another planning application, as it did when the Emlagh Wind Farm was refused in Meath.

It could also appeal the decision to the High Court, but only on the basis of how the decision was reached, and not on its merits.