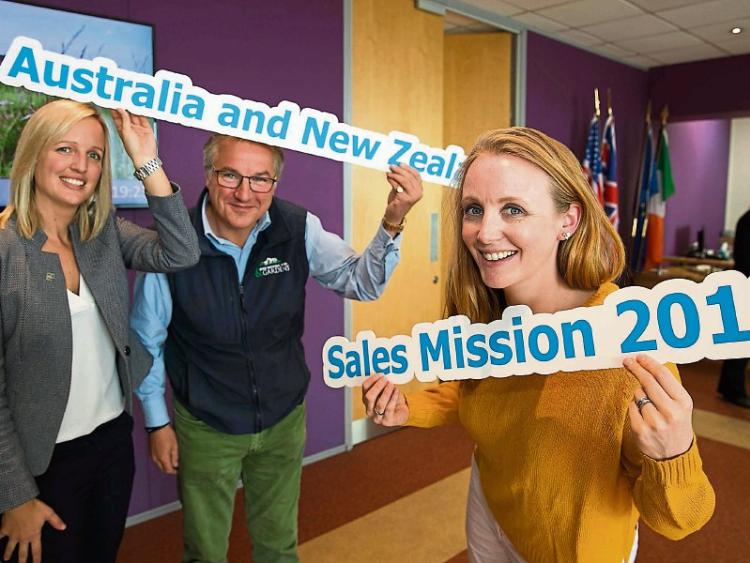 David Wardell Tourism Manager with members of the sales team

The Irish National Stud and Gardens is preparing to undertake a week-long sales mission to Australia and New Zealand next month – to grow tourism from both markets.

The Irish National Stud is the only Kildare company out of the 13 selected by Tourism Ireland for the trip.

The Stud's Tourism Manager David Wardell said the ten-day trip will be a whistlestop tour of the Southern Hemisphere.

“The idea is to go and sell Kildare and the Irish National Stud and Gardens,” said David.

“It will be a whistlestop 10-day tour of Auckland, Sydney and Brisbane. We always get a good representation of visitors from New Zealand and Australia to the Stud. They have a great love of horse racing — for example the whole country comes to a standstill for the Melbourne Cup — so they are interested in what we do. “

The sales mission – which takes place November 14-21 - will target the key cities of Auckland, Brisbane, Sydney and Melbourne.

Sofia Hanson, Tourism Ireland’s Manager Australia and New Zealand, said they will be highlighting a number of key themes at various workshops in each city – including the Wild Atlantic Way, Causeway Coastal Route and Ireland’s Ancient East.

"The workshops will provide a really good platform to inform and influence the travel professionals they meet about what the Kildare has to offer.”