Why the derelict Naas Shopping Centre is a taboo subject 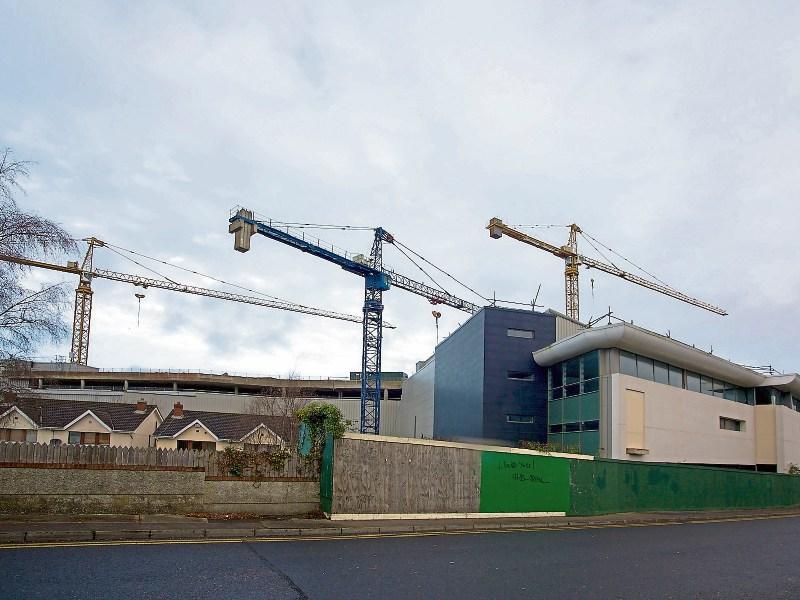 The centre was supposed to open in 2009

It is one of the greatest ironies of life in Naas that the most important issue in the community is the least discussed.

Naas Shopping Centre has lain derelict for seven years now save for the wildlife and those who park their cars there on the bare concrete floor between Monday and Friday.

It is a very large and very expensive birdhouse.

Of course it’s talked about it. The people who live and work in Naas talk about it every day and it is a stark reminder of the empty promises of the Celtic Tiger era.

But the parties who have some say at least in what happens to the centre are saying very little.

The National Asset Management Agency (Nama) which has control of the loans taken out by the developer Marshalsea has
repeatedly refused to comment.

This is because Marshalsea is not in receivership. It’s a policy thing.

Marshalsea, made up of people from the Naas area, don’t comment either.

Kildare County Council says is doing all it can to facilitate an opening and doubtless it is.

KCC is charged with, among other things, fostering an environment where jobs can be created.

It is also out of pocket by amount which is estimated at well in excess of €2m.

All of this is well documented.

Much has been made of the arbitration talks surrounding two parcels of land along Corban’s Lane.

One of these has been disposed of, as reported by the Leader.

The second case is ongoing.

The amount of land at issue here is tiny; a fraction of an acre and is so small that it hardly represents a serious obstacle to the opening of the centre.

The arbitration hearing was due to resume recently but this did not happen.

It is understood that Kildare County Council was reluctant to attend.

KCC said simply that the meeting did not go ahead but did not really respond to a query about whether it wanted the meeting to take place. The presumption has to be that it has to do with a High Court case in which it is involved.

Again, little is being said about this but it appears to be related to the second piece of land which was compulsorily acquired and is the subject of arbitration.

The question is why now, some considerable time after arbitration started, KCC has decided to go to court?

In the meantime the centre stands there guarded by three cranes, which are inspected on a six-monthly basis.

It will be sold, though, and hopefully to some party willing to complete it and opened it as a shopping centre.

The last thing Naas needs is for it to be bought with intention of holding on to it for a time and re-selling it at a profit.

There are strong indications of interest in the building.

The property market is slowly, very slowly, improving and this will make the centre more attractive.

At the same time the population of Naas continues to grow. Some of the primary schools are under pressure because of the number of parents seeking places for their children and so too are sports facilities.

It won’t be a day too soon; but the centre will open.

It’s just a matter of how much it will cost to sell.