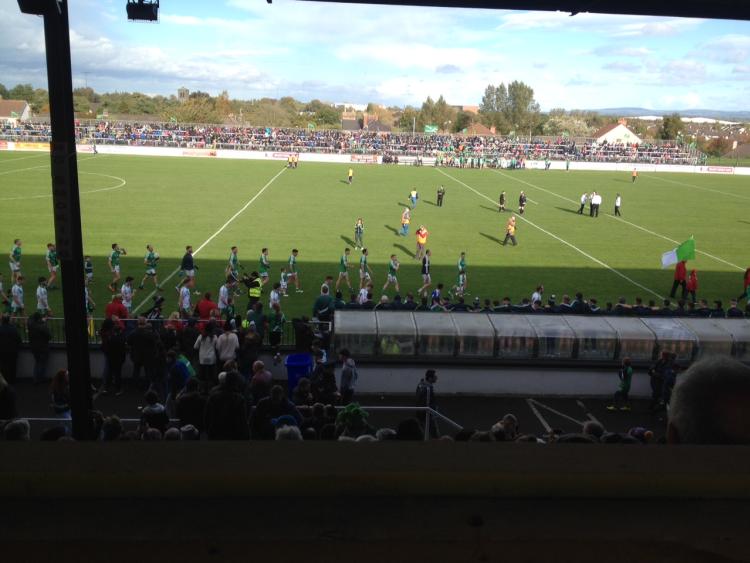 The teams parade before the game

Goals from Ray Cahill and Alan Smith were the difference between fierce Newbridge rivals Sarsfields and Moorefield in today's Kildare SFC county final.

Moorefield, looking to regain the title they lost last season, had the better of the first half.

Yet they were wasteful with goal chances, Jason Philips missing two and Adam Tyrrell and Ciaran Kelly were well saved by Andy O'Brien in the Sash nets.

Still, the Moores led by four as half time approached, but a penalty awarded for what looked like shirt-pulling off the ball presented Ray Cahill with a chance that he smashed high and down the middle of the goal.

Sarsfields upped their urgency levels after half-time and Alan Smith put Sarsfields ahead with a well-slotted goal in the 36th minute.

Still the game was in the balance as the final throes neared.

However, the hugely experienced Ronan Sweeney was then sent off for what appeared to be a kick out at Gary White as they struggled on the ground.

Ray Cahill's well angled point on 60 minutes put a goal between the sides and there was no way back for Moorefield.

Sarsfields have successfully defended the Championship they won in 2015.