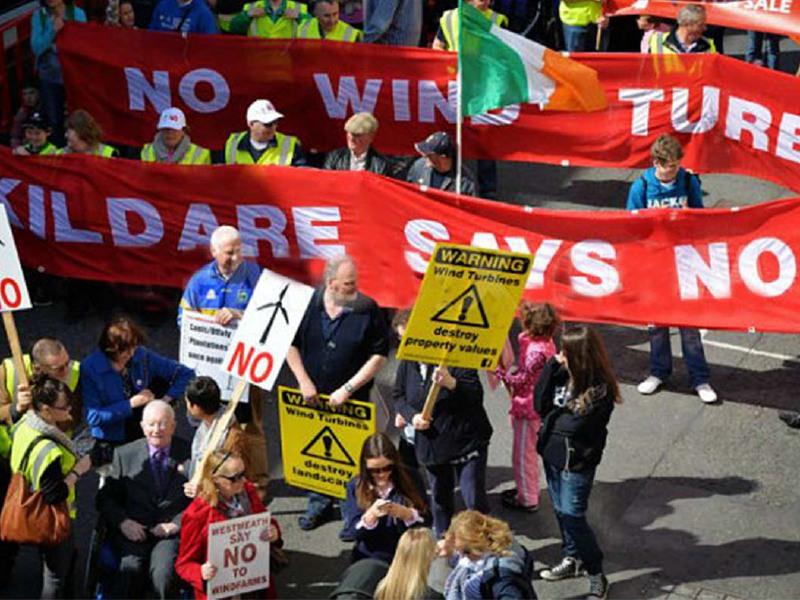 Campaigners fighting against plans for Kildare’s first ever wind farm have welcomed An Bord Pleanála’s decision to refuse permission for the Maighne development.

“I am delighted with today’s decision. Kildare Environmental Awareness Group (KEAG) is absolutely thrilled. We would like to thank all the people in the community who rowed in behind us. We would also like to thank the politicians, who supported us,” said spokesperson, Shelia O’Brien.

“I feel this is a just and correct decision. However, if the developer puts in another planning application, which happened in North Meath, we will be more than ready for them.”

Ms O’Brien said a public meeting would be organised next week to discuss the decision with members of the community.

Element Power was today refused permission to build 47 turbines up to 169 metres high through West Kildare up towards the north of the county over the Meath border.

However, he did point out the decision is not as comprehensive as it could have been in relation to the Noise Pollution, Visual Impact, Impact on Equine Industry, Aviation Safety.

Dep James Lawless said; “I have been inundated from residents in Donadea, Johnstownbridge, Carbury and Broadford who had expressed their concerns. I am delighted for these residents that An Bord Pleanála has given them a final decision.”

"I had previously met Minister for Communications, Climate Change and Energy Denis Naughton to discuss Maighne Wind Farm and the lack of national guidelines or regulations for wind farms. It would have been premature give to go ahead for any projects while these guidelines are being drafted,” he said.

“There is now an urgent need for the Government to bring forward new guidelines on wind farms. Such guidelines have been promised for some time now but we are yet to see any details. This is something that I will be pushing for in the weeks ahead," she said.

"There needs to be a proper process set out for any proposed wind farm developments, and the local community need to be placed at the heart of this process."