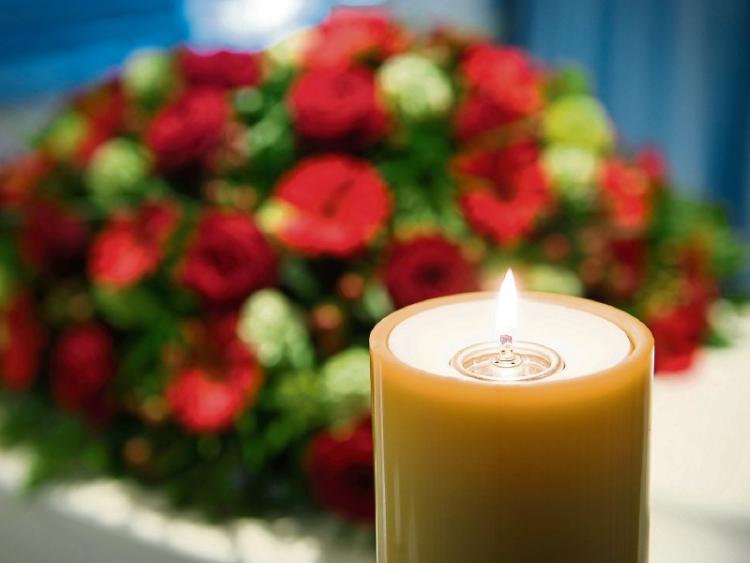 Reposing at his residence yesterday (Thursday) from with prayers on Friday evening at 8pm. Removal on Saturday evening at 7pm to arrive at St. Ita's Church, Kilmeade for 7.30pm. Requiem Mass on Sunday at 12.30pm followed by burial afterwards in Crookstown Cemetery.

The death occured of Mary (May) Pegley (nee Landers) of Easton Road, Leixlip and London on September 29 in London. Mary (May), beloved wife of the late John, dear mother of Elizabeth and Michael and a devoted grandmother to Vincent and Louie. Sadly missed by her loving daughter, son, grandsons, sister Maureen (Perth), nieces, nephews, relatives and friends. Reposing at Cunningham’s Funeral Home, Lucan on Friday evening from 7.00 o’c to 9.00 o’c. Removal to The Church of Our Lady’s Nativity, Leixlip on Saturday morning arriving for Requiem Mass at 11.00 O’Clock followed by burial in Confey Cemetery.

Josie passed away peacefully in Midlands Regional Hospital, Portlaoise surrounded by her loving family. Predeceased by her husband Peter. Sadly missed by her daughters Anita, Pauline and Hilary, sons Peter and Andrew, daughters-in-law, sons-in-law, grandchildren, great-grandchildren, neighbours and friends. Reposing at her home, at the residence of Frank and Hilary Whelehan, Mountrice from 2pm on Thursday 13. Funeral arrangements to follow later.