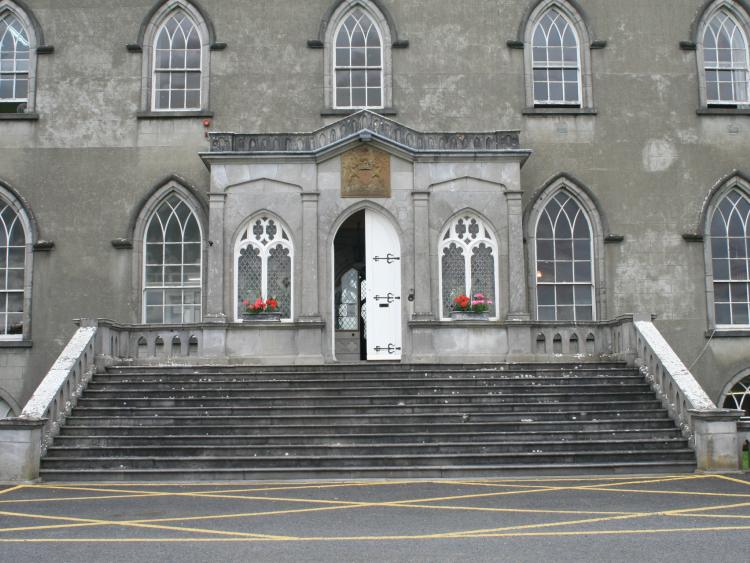 Moore Abbey where the services currently are offered

Concerns have been raised over plans to reduce Alzheimer’s services in
Monasterevin from three days to two a week.

Twenty local families use the service and out of those four will be directly affected by the plans to reduce the service. However, it has the potential to affect all users.

The service currently operates on Tuesday, Wednesday, and Friday at the Day Care Centre, The Courtyard, in Moore Abbey.

The lease on the premises, which was due to expire next month, has been extended now to March but users of the service fear that the service will go outside of Monasterevin after that.

A letter was sent to the families affected by the Alzheimer's Association explaining that after a review of the service, it has been established that there is only a demand now for a service two days a week, adding that “the situation will be monitored on an ongoing basis”.

“Everyone who goes there needs 24 hour care,” said Martina from Monasterevin. “We are already stretched as it is and everyone who uses the day care centre looks forward to it. They get great care from the staff there and it means a break for the families.”

Adrian McKeon who lives in Newbridge also relies on the centre for his wife Ann (59) who attends three days a week.

“My wife goes there three days a week so I am deeply affected. It is the only service that offers that kind of care in Kildare.

“It is always the vulnerable in society who are caught. Also I had to get Ann into Monasterevin as they would not take her in Newbridge because she is only 59,”said Adrian.

“With Alzheimer's it is all about the care, which is 24/7 and I need a break. This is very upsetting. My wife pays €20 every time she goes down. My wife has paid her taxes all her life and it is still costing us €60 a week so it is not like we are looking for charity.”

A statement from the Alzheimer Society on the issue to the Leinster Leader said the service had been “under-achieving by up to 50 per cent for a period of twelve months, due to under attendance by clients, on a number of days over the past 12 months”, adding that “there were only eight clients in attendance when the centre was staffed to accommodate 16, which is unsustainable.”

As a result, it stated, that it can only continue to offer this service on two days of the week instead of three.

“The ASI has worked extremely hard to ensure all clients who currently attend our service in Monasterevin will continue to be offered a minimum of one and where possible two days service a week,” it stated.

“We are always focused on delivering the best person-centred care in the most efficient way possible to ensure we are fulfilling the needs of all clients.”

According to the statement, out of a total of 18-20 clients, there are currently four who will lose one day of service but are still being offered two days.

“We will continue to offer our service from Moore Abbey Campus, Monasterevin until March of next year after which time the building is being decommissioned. We would like to thank Moore Abbey for their generosity in allowing us to temporarily inhabit the building for this period.”

Meanwhile Kildare South TD Fiona O'Loughlin called on the HSE to re-open the Day Care Centre in Drogheda St as a suitable site for people with Alzheimers.

The services were ran before it was closed for health and safety issues and according to Deputy O'Loughlin it would be “much less traumatic” to relocate services to Drogheda Street.

“I have submitted a Parlimentary Question on this issue ,” she said.

At the time of going to press the HSE had failed to comment on the issue.