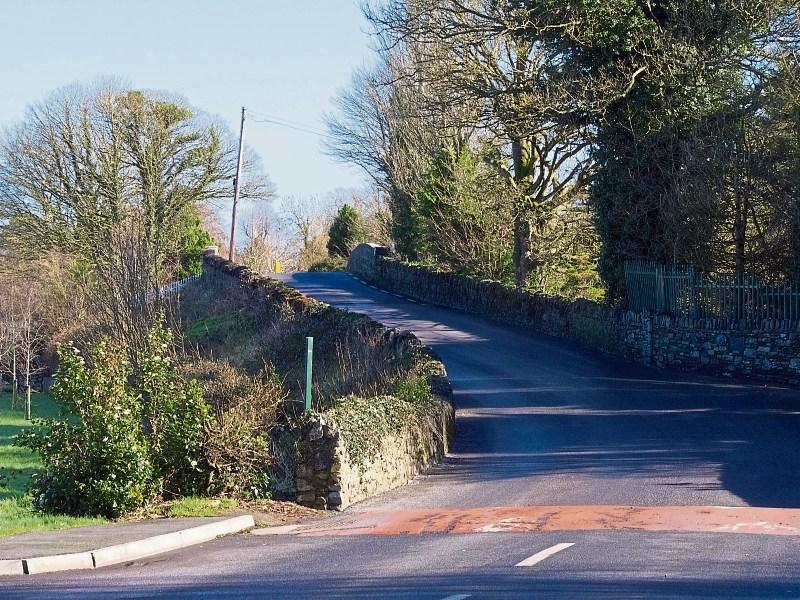 Members of Athy Municpal District were told last week that safey measures for Kildangan bridge are a high priority for the council and that 'money will be found'.

Town manager Joe Boland confirmed that a preliminary assessment, scope of works and costing has been

carried out by their Traffic Management Section and the District Engineer in relation to Kildangan Bridge.

A recent peition calling on the Council to make Kildangan Bridge safer was signed by over 300 local residents and delivered to the council.

To help highlight the issue 230 children walked across the bridge in protest last June.

Residents have raised serious concern for the safety of pedestrians on the railway bridge on numerous occassions, particularly since the population in the village increased dramatically around ten years ago.

Young children have to cross the bridge to get to the local national school and scouts gatherings in Kildangan hall.

It is estimated that the works required to upgrade the bridge will cost the council in the region of €450,000.

Town Manager Joe Boland did not specify where the funds would come from in the meeting but reassured all councillors that the 'money would be found', adding that the safety measures are high priority for the council.

The works include a signalised one-way traffic system, pedestrian crossings, safety railings and cctv as part of safety improvements to upgrade the bridge.

A separate footbridge was considered but due to a number of third parties affected it was deemed to be unvialble.

All members welcomed the news and asked for a progress update for next month's meeting.